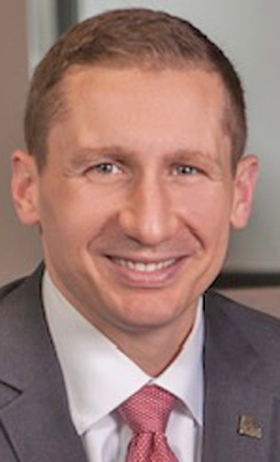 COLUMBUS — Leetonia native Don Boyd has joined the Ohio Bankers League as state government relations director and legislative counsel, where he will lead the Ohio banking industry’s state-level advocacy. In his new role, Boyd will serve as chief liaison to the Ohio General Assembly for Ohio’s commercial banks, savings banks and savings and loan associations.

“We are pleased Don has joined the OBL team,” said Mike Adelman, president and chief executive officer of the Ohio Bankers League. “His reputation for crafting sound public policy and strong relationships at the Statehouse will serve the Ohio banking industry well.”

Boyd previously served as director of labor and legal affairs at the Ohio Chamber of Commerce where he played an integral role in advocacy for the Ohio business community. Prior to that, he served as staff counsel at the Ohio Automobile Dealers Association.

“I am honored to join one of the state’s foremost associations,” said Boyd. “Ohio banks and thrifts play a vital role facilitating the American dream every day in communities across our great state. I look forward to representing them on Capitol Square.”

Boyd holds a bachelor’s of arts degree in political science from The Ohio State University and his juris doctorate from Capital University Law School. Boyd and his wife, Andrea, reside in Hilliard.