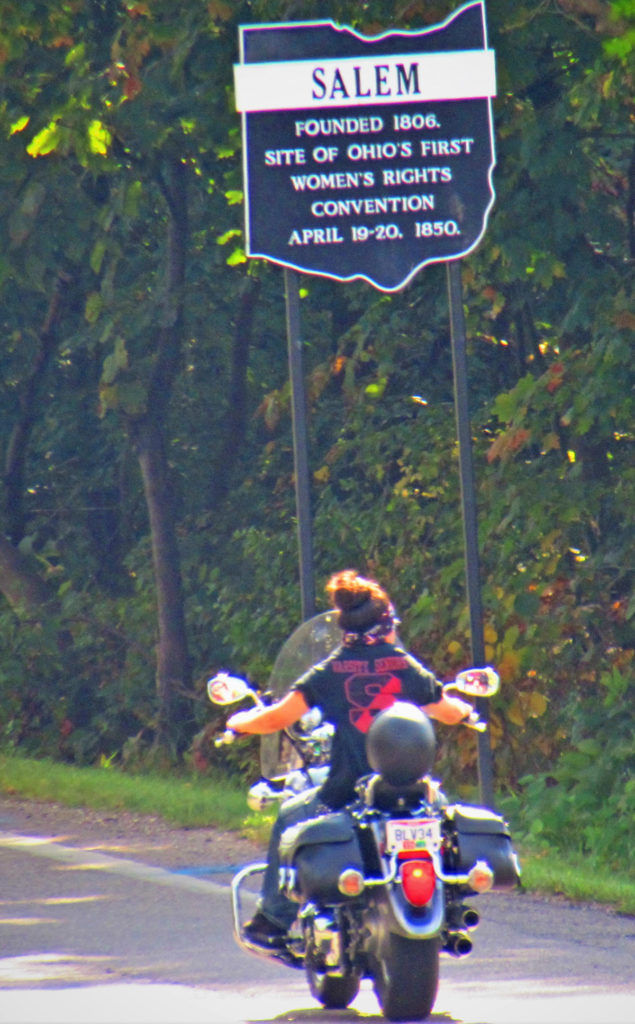 A motorcyclist enters Salem on North Lincoln Avenue Wednesday past one of four “First Women’s Rights Convention” historical markers placed at the entrances to the city. The markers commemorate Salem’s place in history as being the home to Ohio’s first Women’s Rights Convention, the third nationally, held at the Wilbur Friends Meeting House in the 300 block of East 6th St., on April 19-20, 1850. (Salem News photo by Larry Shields)

SALEM — Four new markers at the entrances to the city on North and South Lincoln and East and West State streets continue to designate the city’s place of honor in the fight for women’s rights.

On April 19-20, 1850, women from around the state convened at the Quaker’s Wilbur Friends Meeting House in the 300 block of East 6th Street.

It wasn’t until Aug. 18, 1920 that events like the Salem convention led to ratification of 19th Amendment to the Constitution, giving women the right to vote.

On Sunday, a number of dignitaries and descendants will hold a dedication ceremony with a representative of the Ohio History Connection, according to David Schwartz, president of Salem Renaissance Inc., which has led the move to obtain the new historical markers.

“This is a great tribute to the women of Salem and all women who worked to get the right to vote,” Schwartz said.

The historically correct, cast aluminum markers were obtained with the assistance of the Pearce Foundation through the Ohio Historical Society and replicate markers that were erected in 1956 to honor Salem’s sesqui-centennial, and welcomed visitors to Salem until the mid-1970’s.

Those markers designate Salem’s place in history for holding the first women’s rights convention in the United States aside from New York state, where the first two conventions were held.

Schwartz said, “These markers have honored Salem’s place in history as one of the ‘hotbeds’ of the Women’s suffrage movement.”

History.com notes that when the country was founded female citizens did not share all of the same rights as men, including the right to vote.

“It was not until 1848 that the movement for women’s rights launched on a national level with a convention in Seneca Falls, New York, organized by abolitionists Elizabeth Cady Stanton and Lucretia Mott.

“Following the convention, the demand for the vote became a centerpiece of the women’s rights movement.

“Stanton and Mott, along with Susan B. Anthony and other activists, formed organizations that raised public awareness and lobbied the government to grant voting rights to women.

“After a 70-year battle, these groups finally emerged victorious with the passage of the 19th Amendment.”

So, after the first two conventions in New York, the Salem convention pushed the movement further forward to Constitutional law.

In a true sense, without the Salem meeting, organized and run entirely by the Meeting House women, Schwartz noted the 19th Amendment would not have been possible, and that April 1850 meeting cemented Salem’s place in women’s suffrage history.

The Wilbur Friends Meeting House continues as a house of worship and is used on a regular basis, Schwartz said, adding, “There are so few Quakers around, they rotate” with other meeting places.

He thanked the congregation at the Wilbur Friends Meeting House for facilitating the women’s rights convention marker dedication ceremony.

LISBON — When the county fair board voted to hold a junior fair after previously canceling the fair completely, ... 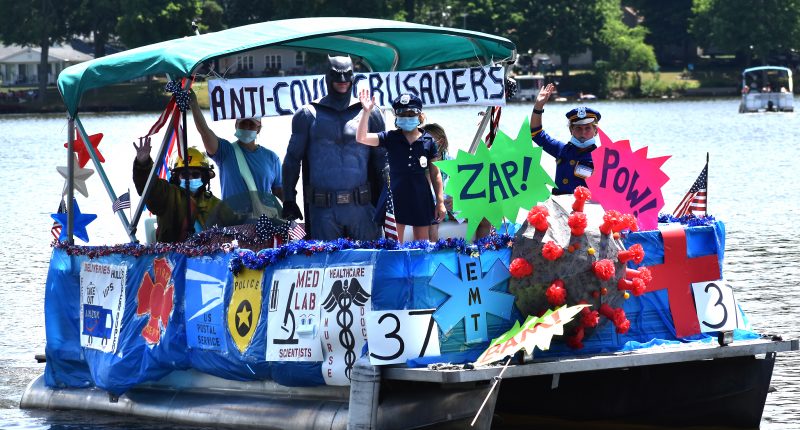