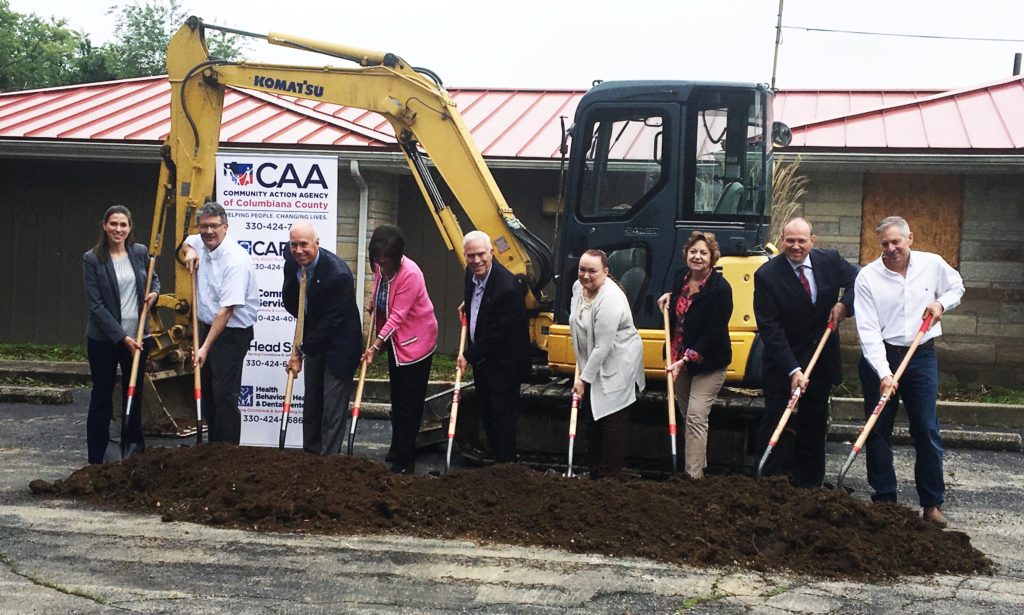 Officials with the Community Action Agency of Columbiana County and government officials broke ground Monday morning at the new location for the CAA's Health, Behavioral Health and Dental Services, which will be constructed by DiLoreto Construction over the next year. The new facility is expected to be completed by early 2019. (Salem News photo by Steve Rappach)

CALCUTTA — A new health facility is anticipated to open early next year, which officials say will provide a convenient, one-stop location for patients in the area while offering additional services to residents.

Officials with the Community Action Agency of Columbiana County (CAA) were joined by area government officials Monday for the groundbreaking of a new Health, Behavioral Health and Dental Center, which will be located at the former Surgical Center of East Liverpool building on St. Clair Avenue.

The new 6,250 square foot facility — of which construction will include a renovation of the building on that site, built in 1954 — will replace the two Health and Behavioral Health centers serving East Liverpool, one located on West Sixth Street downtown and the other also on St. Clair Avenue not too far from the new proposed facility.

The dental and pharmacy services will be two new services that will be offered in the East Liverpool area, and, according to Jenna Wonner, who serves as chief operating officer for the center, the building will provide better access for patients who may need some or all of its services.

“We’re really excited about the campus setting and the services that we can bring in one location,” Wonner said. “It’ll be more appealing for patients.”

The new facility will be built as a result of a $1 million Health Infrastructure Investment Program grant the CAA received through the Health Resources and Services Administration (HRSA) two years ago, while the CAA will also provide an additional $400,000 toward the project.

Speaking before a group of about 30, CAA CEO and project manager Thomas Andrews talked about the importance of the new facility, which he added was to improve and increase the comprehensive health services that CAA offers. He also said the new building came about after the CAA planned to refurbish one of the East Liverpool facilities to make it handicap accessible, only for those plans to be scrapped.

“When we first had this project, the building that we’re housed right now, we had put this project there,” Andrews said. “We were going to stay in the basement, renovate the upstairs and put an elevator in, consume the entire building and continue to lease that property. That’s where the project was. As we began to talk to that landowner, it became apparent that we couldn’t use that site anymore.”

Andrews added that following more conversations with the CAA board, the agency decided to purchase property rather than lease.

Johnson discussed the importance of the facility as the area continues to battle the opioid epidemic that has affected not just the area but the entire country.

“I think the reason that they are is because they both provide something that people desperately need to get through that dark place, and that is hope. They need to know they got a life at the end of this journey, and that they’re not just going to be walking around for the rest of their lives with that stigma and a cloud hanging over their heads.”

After reading a letter from Sen. Brown, who was unable to attend, Wilson stressed the importance of the new dental services that will be included in the new facility, to which Brown has stated in the past of his support for affordable dental care access for the community.

“People who have bad teeth can’t get good jobs,” Wilson said. “They go on interviews and it affects the way the interviewer perceives them. They don’t have self-confidence to go out and do more in the community, and so (Brown) sees that as being something of a lifelong issue that needs to be addressed.”

Along with some short comments, Ginter also presented a proclamation to the CAA, which recognized the agency’s work the past 50 years and provided commendation on the new health care facility.

The center also accepts all insurance, and added the dental addition would benefit those with Medicaid or those without insurance and often struggling in finding a provider. The agency also said a sliding-fee scale will be available along with CAA primary care, preventative, dental and behavioral health locations. More information regarding specific health and dental services will be announced by CAA later this fall.

According to Andrews, completion of the project — engineered by Merges Architecture, with DiLoreto Construction Inc. of East Liverpool handling the construction — is expected to take place in early 2019, with the center’s doors anticipated to open soon after. 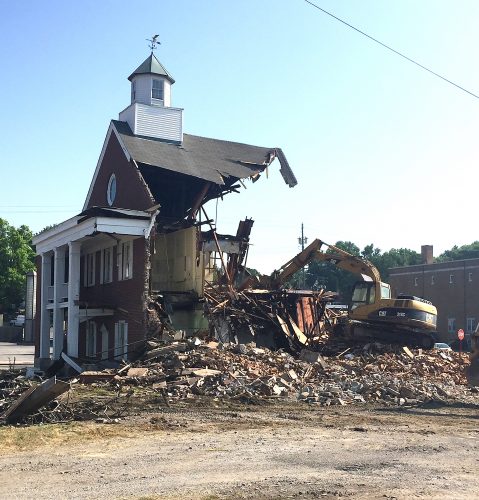 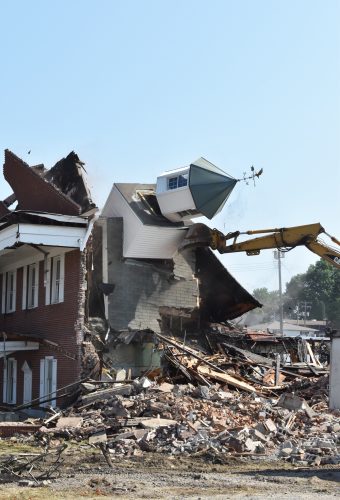