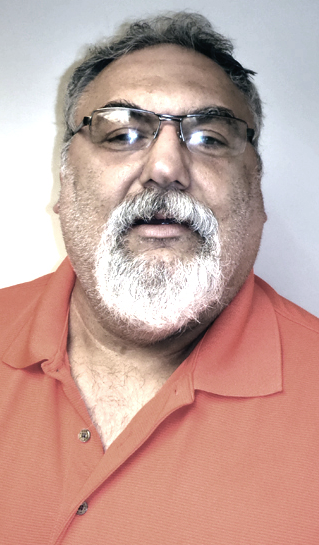 “I think I have something to offer and I enjoy what I’m doing,” he said.

Gallo, 62, was first elected to council in 1993 when asked by former Mayor Willis Coleman to run, along with two other people. “He (Coleman) said we we had a responsibility to this town, and I believe that,” he said.

Gallo was serving as council president when he became interim mayor last summer following the abrupt resignation of Joseph Morenz, who still had 17 months left on his term. Gallo ran for mayor in 2015 but lost in the Republican primary election to Morenz.

The only other announced mayoral candidate is Councilman Peter Wilson, who is running as an independent. He voted as a Democrat in the May 2018 primary election.

Gallo cited as his shared accomplishments the downtown revitalization plan of the early 2000s, construction of a new village hall, annexation of property that resulted in the Days Inn and Shale Tavern projects, an increase in police department staffing, and a police cruiser purchase program that results in a new cruiser being acquired every other year.

Like Wilson, Gallo supports the new downtown revitalization efforts and the corresponding laws that were passed requiring owners of vacant buildings make some effort to lease or sell them or face being fined. A building maintenance law was also passed.

“I want to carry on Joe Morenz’s idea for transforming the downtown and continue being fiscally responsible” with how village funds are spent, he said.

Wilson and Gallo may disagree over how these laws should be enforced or how quickly, with Gallo saying they need to make each decision on a case-by-case basis. He points to the zoning controversy that occurred with the signs for the Courthouse Inn that was ultimately resolved when village council voted in favor of allowing the new signs as proposed even if they did not meet the size restrictions.

“Sometimes you have to temper things with common sense, and that’s what I’m doing is taking a common sense approach,” Gallo said.

He said the new law director and zoning inspector now need to work on a policy outlining when citations are warranted, and to also speak with one voice when enforcing these laws and the zoning code. “We have to be careful that we’ve gotten our “i’s” dotted and “t’s” crossed,” Gallo said.

Gallo said many of the downtown businesses already take care of their buildings, while others have begun making the necessary improvements to comply. He prefers working with property owners to ensure compliance whenever possible, and taking punitive action should be a last resort.

Gallo has worked at the FirstEnergy complex in Shippingport, Pa., for the past 40 years and is expecting to retire this year, which he said will allow him to devote more time to the job. Meanwhile, he said he can be reached by calling the mayor’s office or his home.