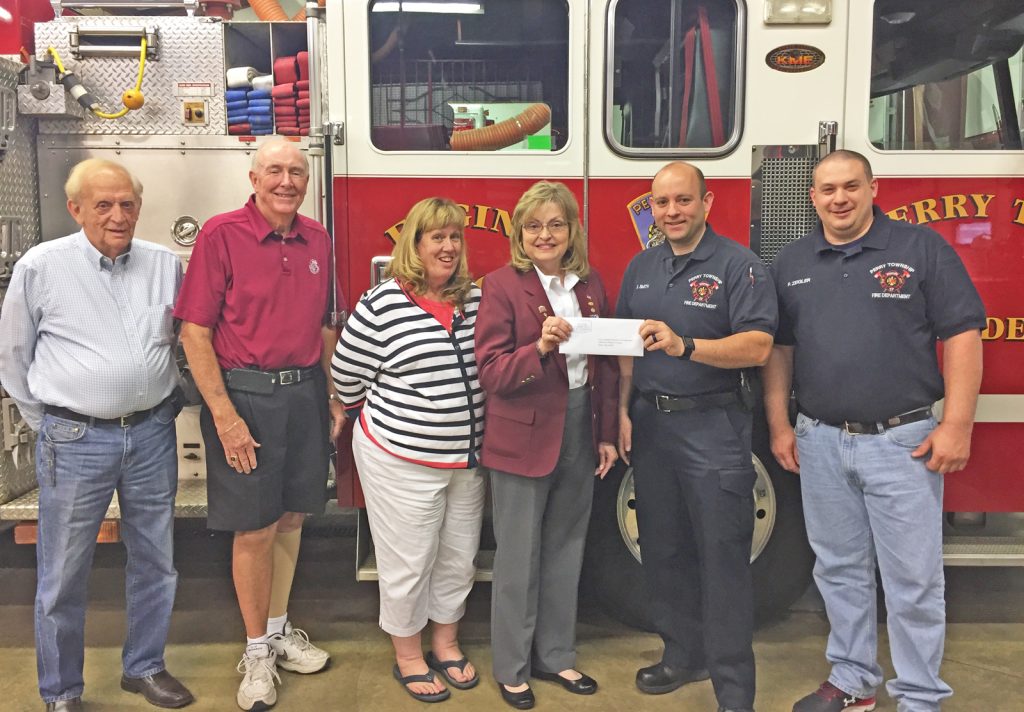 PERRY TWP. — Nuisance properties were the hot topic of conversation for Perry Township Trustees Monday night when residents from two separate neighborhoods aired their complaints about high grass and unkempt properties, including a non-profit store with an apparent clutter problem outside.

Residents in both cases said the situations are health issues and questioned what, if anything, the township can do to help.

Carolyn and Ned Jones talked about their neighbor in the 1100 block of Highland Avenue East and the fact that his lawn has become a real problem for the neighborhood, especially for Carolyn, who suffers from allergies and has developed asthma. At the moment, the lawn has been mowed, but that’s because township Zoning Officer Allan Wolfgang got after the homeowner.

Carolyn said usually he’ll just mow a strip here or there and then the grass just lays there like hay and smells and she’s worried about rodents and snakes. Her husband, Ned, said when the neighbor is up against it, he mows, but up until then the grass keeps growing and then it’s high when it is cut and he doesn’t clean it up. He just mows it and lets it lay. They both said it gets mowed about once a year.

“I think the regulations are the problem,” Ned said.

Trustee Chair Cliff Mix said maybe the trustees can bring it up when they meet with the company that’s redoing the zoning book. He questioned whether they could put on a height restriction, but Wolfgang said he was advised against that by the prosecutor’s office. Wolfgang noted that the township has to follow regulations, which include talking to the homeowner about the issue and giving them a chance to rectify the situation. If they don’t, they can do a lien check on the property, then declare the property a nuisance and notify the property owner by certified letter that they have 10 days to fix the problem. If they still don’t fix the situation, such as mow the grass, the township can do it for them and then put the cost on their taxes as a lien.

“I understand what you’re up against. None of you live next to this guy. It’s just horrible,” Ned said. “What would you suggest we do Clifford?”

Mix said it’s nothing new. The prosecutor has told trustees there’s nothing they can do. After it gets to a certain height, the township can cut it, but it takes time to get to that point. By the time they get the property owner to mow or the township mows it, the summer’s over.

Wolfgang said he can make the property owner mow, but he can’t make him pick it up. He suggested a civil case by the neighbors regarding the health issue.

Several residents of Springdale Street also addressed the trustees, asking if they can do anything about the ReStore and all the junk outside the building, including furniture and mattresses. Glenn Leininger said he’s talked to the manager and some stuff was taken away, but there’s more. He emailed her again and she said that they’re a non-profit. He said it’s a dump and looks terrible.

Wolfgang said he talked to the manager before and they got a dumpster, but he’ll talk to her again.

Patti L’Italien, another Springdale resident, said she understands that people just dump things off, but she counted seven mattresses and said they covered some stuff with a tarp and now there’s stuff piled next to the tarp. She said “it’s an eyesore and a health issue.” She said they’ve tried to work them but “they have not made an effort to work with us in the neighborhood.”

Mary Shoop, another resident, commented that the mattresses have holes in them and something could be living in them.

Mix asked Wolfgang to go to the ReStore today. If the property doesn’t get cleaned up, the township will have to go through the procedure to get it cleaned up.

At the beginning of the meeting, Wolfgang reported receiving several complaints about high grass. Problems on Pidgeon Road, Highland East and at Pidgeon and Lincoln Avenue had been corrected and there were two more he was working on. The township was still waiting on a lien report for a problem property on North Lincoln Avenue.

He said 16 zoning permits were issued in May and five so far in June.