Seven & One Club meets for games

SALEM — The Seven and One Club recently met at the home of Mrs. Herb Bott with two guests. Mrs. Keith Kesler and Tracy Dearth were her guests.

WINONA — The Winona Ruritans held their monthly meeting on May 28 at the Willow Grove Grange. President Rob Doyle Jr. called the meeting to order and led the group in singing “America.”

Vice President Homer Althouse gave the invocation. Members of the grange prepared and served the dinner.

Secretary Lee Stamp called the roll of members with 20 being present and one guest. He then read the minutes of the April meeting. Treasurer Bob Doyle Sr. gave the April financial report. Homer Althouse reported that work progresses on the billboard-type signs at the intersection of state Route 9 and Whinnery Road. Rob Doyle Jr. reported that plans for the annual steak fry at the Salem Saxon Club are nearing completion. Members are reminded to bring their own table service and that the calling committee will be making member contact early.

The club will be awarding five college scholarships of $700 each to children and grandchildren of club members to the following: Frankie Hoffinger, Winona Ruritan Club Scholarship; Michael Marhafka, the Howard and Myrtle Bailey Scholarship; Casey Donaldson, the Ruritan Build Your Dollar Scholarship; and twins Megan and Morgan Stamp, the Elmer R. Stamp Scholarship.

Invitations will be sent to the United High School representatives to girls and boys state to attend the July 23 meeting at Willow Grove Grange and report on their experiences.

The club agreed to donate $200 to the Salem Salvation Army for their summer camp program.

Everyone present rose and pledged allegiance to the flag of the United States of America.

SALEM–The R-Weigh meeting of June 3 was held at the First Friends Church, with the meeting being called to order by Rosemarie Martinez. Patty Hartman led the group with the R-Weigh prayer and the Pledge of Allegiance to the Flag. The song “Mr. Sandman” was led by Linda Lude. Ruth Miller prayed for family and friends. Eugenia gave the secretary’s report and Patty Pim gave the treasurer’s report and told a joke.

Sara Smith and Judy Smith were welcomed back.

There were 29 members to weigh in. The group lost a total of 25.5 pounds for the week. Good Loser in Group 1 was Jeanne Munnell. Honorable mention in Group 1 went to Rosemarie Martinez and Patty Pim. Group 2 the Good Loser was Gina Zepernick and honorable mention went to Susan Cain. Goalie good loser was JoCarol Gray with runner ups being Rita Cecil, Peggy Kurtz, Janel Anderson and Eugenia Tullis. Jeanne Munnell lost over her birthday and for four weeks in a row and was rewarded.

Rosemarie gave her Toolbox “5 A Day the Color Way.” “It is essential to get a variety of fruits and vegetables into your diet every day. Colorful fruits and vegetables provide the wide range of vitamins, minerals, fiber and phytochemicals your body uses to stay healthy and energetic, helps to maintain a healthy weight, protect against the effects of aging, and reduce the risk of cancer and heart disease. Eating fruit and vegetables in the Blue/Purple range such as blackberries, blueberries, black currants, dried plums, figs purple grapes, raisins and plums for fruit. Vegetables in the family is purple asparagus, purple cabbage, purple carrots, eggplant, purple endive, purples potatoes. They give you a lower risk of some cancers, urinary tract health, memory function and healthy aging.”

Inspiration by Peggy Kurtz was on “When it comes to losing weight, attitude is everything!” “I want to, I can and I will. Great minds think thin and healthy. Success is the sum of small efforts repeated day in and day out. When you falter, try, try again. Never give up, never give in, press on.”

The Peepers were the winners in the Easter contest. The girls on that team received money for winning and they were Janel Anderson, Rita Cecil, JoCarol Gray, Rosemarie Martinez, Jeanne Munnell, Joan Schafer, Peggy Kurtz, Colleen Wafler, Pauline Zirkle and Donna Greenamyer.

Baseball teams were chosen and they had to decide on a name and colors to wear. The contest will run for nine weeks. You pay $3 for the contest and you pay if you gain no matter what. There will be a picnic on Aug. 12 with the losers cooking for the winners.

New members are welcome, weigh ins are from 4:45 to 5:45 p.m. with the meeting from 6 to 7 p.m. on Monday evenings at the First Friends Church on Jennings Avenue.

CANFIELD — The Canfield Community Concert Band will present three free outdoor concerts in the coming weeks. The band will perform at 2 p.m. on June 16 at White House Fruit Farm on Youngstown-Salem Road in Canfield and at 7 p.m. on June 17 on the Canfield Village Green. The band will also perform its annual celebration of the Fourth of July at 7 p.m. July 2 at Austintown Park on Kirk Road in Austintown.

The concerts will feature a number of well-known American marches, Broadway hits and a collection of rock and roll songs from past. The sounds of the haunting ballad “Danny Boy” will be heard in the 1954 big band release “Londonderry Air” arranged by Art Dedrick. This piece will feature a trumpet solo played by Pat Julian of Louisville.

Patriotic melodies including “The Ultimate Patriotic Sing-Along,” “Lest We Forget,” “America, The Beautiful” arranged by Carmen Dragon and “Armed Forces Salute” will round out the program.

Organized in 1976, the band is a group of volunteer musicians who enjoy sharing their love of music with area residents. They are under the direction of Eric Bable and the assistant conductor is Travis Beatty.

For information about the band and upcoming events visit canfieldccband.org. 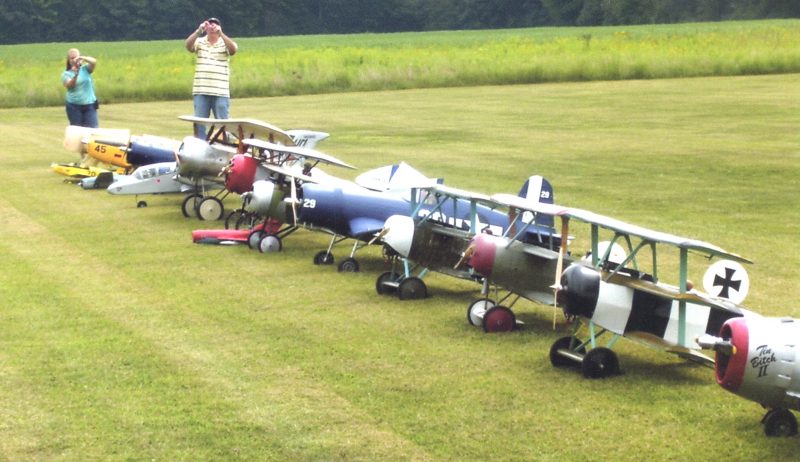 SALEM— For the 10th year in a row, The Revolutionary War Veterans Association brings their Project Appleseed ...

YOUNGSTOWN— The Autism Society of Mahoning Valley is accepting registration for its 6th Annual Camp F.R.I.E.N.D.: ...