Those that made a difference gather for Hall of Fame fete 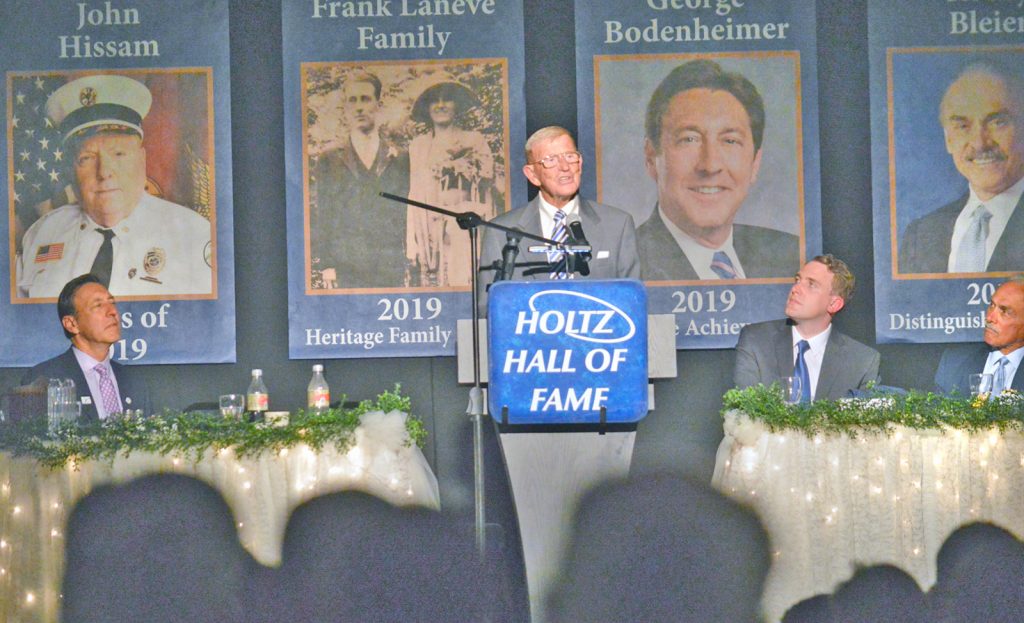 “That’s the power we all have,” said Bleier, a member of four Steeler Super Bowl winning teams and the Upper Ohio Valley Hall of Fame’s Distinguished American Award winner for 2019.

Bleier, the guest speaker, reminded the crowd the Steelers picked him in the 16th round of the 1968 NFL draft.

“You have to understand it from my perspective — the draft was 17 rounds, I was not drafted in the 17th round,” he said, pointing out when you’re “the 417th draft pick on a losing team, no one knows you exist.”

His football career had barely begun before he was drafted again — this time, by Uncle Sam — and was sent to Vietnam. Seriously wounded by both rifle fire and grenade fragments in the same day, he would have to fight his way back to football.

“Sometimes in life things start to change and they weigh on you,” he said. “I did come back, I did make the team and I had a chance to prove myself.”

“Define what your talent is, hone it to the best of your ability, so you can give back to family and community,” he said.

Following is a list of ongoing ODOT construction projects in Columbiana County. All outlined work is weather ...