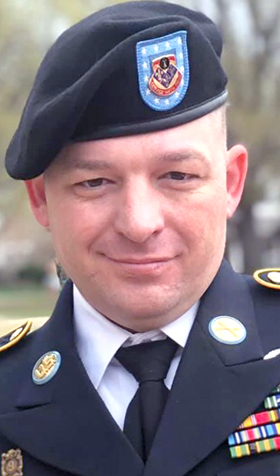 LISBON — Staff Sergeant Joshua Ross has completed 20 years of service with the U.S. Army and is now retiring.

Ross is the son of Edward and Charlene Farmer. He has two brothers and two sisters and currently lives in Oklahoma. He and his wife Lindsey have two daughters.

SALEM — City council’s Finance Committee will meet at 6 p.m. Thursday via Zoom regarding the CHIP Program and ...