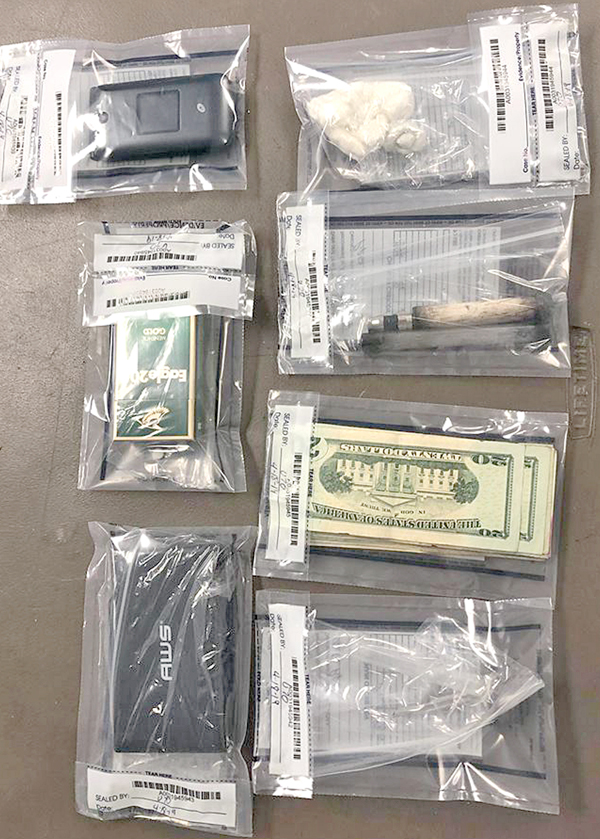 The police department announced on its Facebook page that the work was the result of citizens abiding by See Something Say Something.

Police went to the home on Thursday after receiving multiple complaints from the public. Police said the afternoon shift coordinated with the court probation department to check on a local resident who had been known to stay at the home.

The person in question was found as a passenger in a vehicle that was pulled over by police after making several traffic violations. The driver provided a consent to search her home for drugs and paraphernalia, and police found multiple forms of paraphernalia, cash, and 31 grams of suspected crack cocaine. Charges are pending lab results.

County Drug Task Force Director Brian McLaughlin said that amount of crack cocaine has a street value of $3,100, or $100 per gram.

— Cameron R. Walker, 19, of East Palestine, was cited for failure to control after he went off the right side of ...

Salem — Police responded at 3:31 a.m. Friday to the 400 block of South Broadway Avenue for a report of several ...