Blue Devils meet the end of the road

STRUTHERS — Lisbon’s baseball team has been thankful to have Logan Bell be a key piece for all four years of his high school career.

On Tuesday in the Div. IV district semifinal against Warren JFK at Cene Park, Bell didn’t go out the way he wanted to as the Eagles strung together eight hits to down the Devils 8-2.

“They tagged me,” Bell said. “I didn’t execute and they hit it well.”

Warren JFK (19-5) will meet Springfield Local at 5 p.m. on Thursday in the district final at Cene Park’s Field No. 1. Lisbon ends a campaign which saw the team win its fifth sectional title in school history, 12-14-1.

“It was awesome year and a fun ride,” Bell said. “I got to play with everyone I wanted to play with these last four years. I had great teammates.”

Bell finished his senior campaign at 7-2.

Warren JFK scored two in the first, two in the second and three in the third to put pressure on Lisbon’s offense. The Devils had bases loaded with no one out in the third and two men on with no outs to start the fourth but only got two runs out of it.

“I’m just proud of our kids,” Lisbon coach Doug Andric said. “I don’t think anyone expected us to be here as a sixth seed. The kids in the dugout all believed in one another.”

Warren JFK’s Cameron Hollobaugh allowed just two hits (both by Garrett Cox) in his seven innings of work, but three walks over the third and fourth innings made for some shaky moments for the Eagles.

“Only giving up one run out of that jam in the third definitely had an impact on the game,” Warren JFK coach Thomas Elder said.

Edler said his team was not too intimidated by Bell as he felt his team’s schedule which was fairly balanced between larger schools and parochial challengers.

“All year long our schedule has prepared us for this,” Elder said. “We have faced kids who threw faster and who threw just as fast throughout the season. We do that so we’re ready for the tournament when the time comes. We even brought in some ex-players of mine who throw in college to prepare for this. They were humming it in practice.”

Bell ended up with 10 strikeouts but the Devils had trouble with the Eagles’ aggressive base-running and adept hitting all evening.

Speedster lead-off man Jordan Edmondson had a double and two RBIs for the Eagles, while Gavin Shrum added two hits. Alex Hernandez showed a lot of power with two doubles — including a two-run double in the third. Catcher Isaac Hadley had a double.

“JFK’s a good team and they put the ball in play,” Andric said. “Nobody has really hit Logan all year except for Toronto.”

“Toronto’s in our league, so I’d pull for them,” Andric said.

The Red Knights play in a district final today.

¯ Lisbon used technology to its advantage in preparing for opponents. The Devils had a detailed scouting report on Warren JFK gathered through studying statistics available on online databases.

“The assistant coaches did a great job getting spray charts for the opposing teams,” Andric said. “They were right on the money for the last game.”

¯ Andric had nothing but good things to say about Bell’s career.

“He’s probably one of the best to ever go through here,” Andric said. “Not only is he a great pitcher, but he’s good at the plate and he’s good in the field. I think he hit over .500 this year. He’s a great leader too. A lot of guys in his position would look down on the younger kids but he’s out there helping those kids.”

Bell, who had more than 300 strikeouts for his career, will continue his baseball career at the University of Akron.

¯ Elder didn’t have much to say about top-seed Springfield.

“We’re going to show up and play ball,” Elder said. “It doesn’t matter who we are playing. Baseball is baseball.” 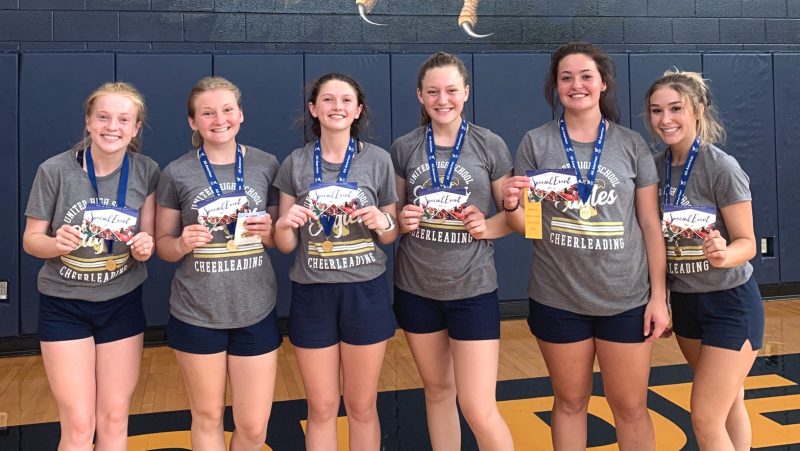