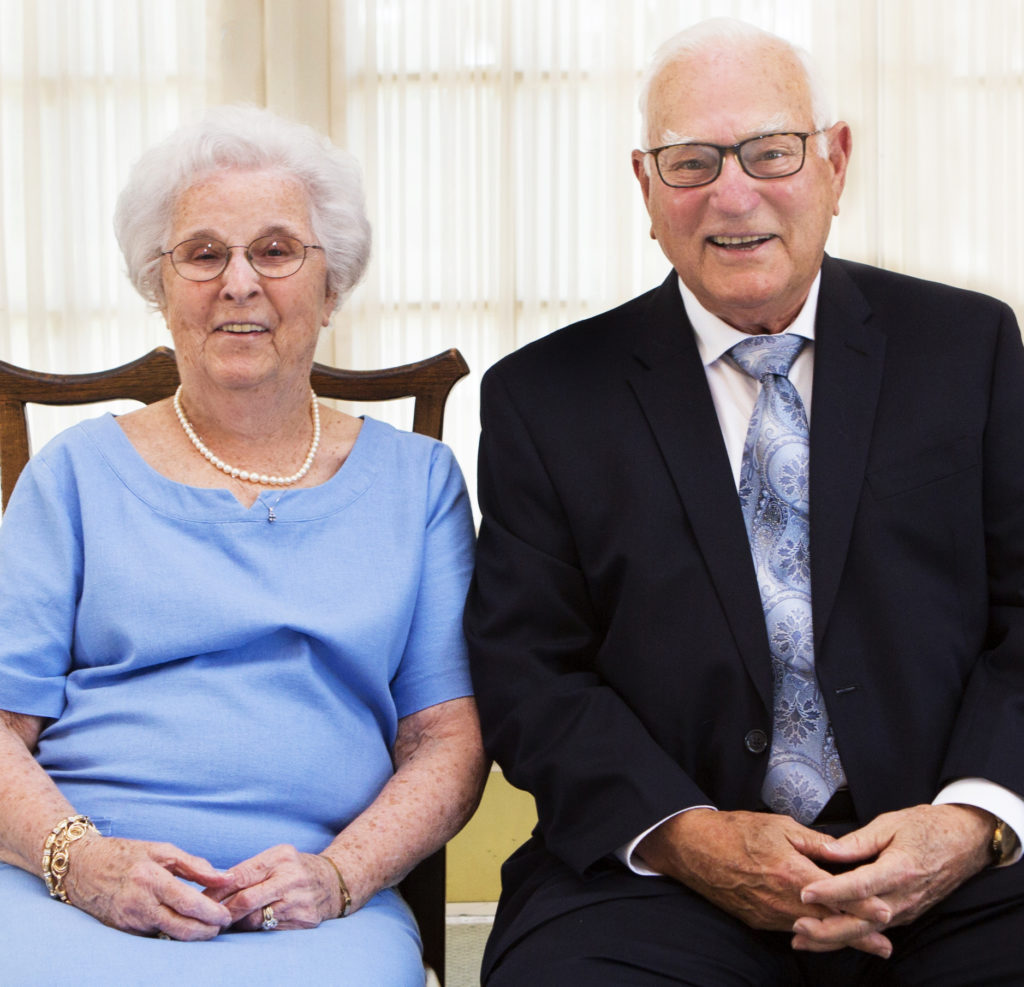 Mr. Laughlin, son of the late Mr. and Mrs. P.K. Laughlin, served in the Army during the Korean War. He graduated from Mount Union College in 1955 and is a member of its Athletic Hall of Fame. He retired from Sky Bank in Xenia as chairman and president and also was director on the board of MidAm Bank which later became part of Huntington Bank. He is a member of the First Presbyterian Church in Salem, Salem Golf Club and Salem Elks Lodge #305.

Mrs. Laughlin is the daughter of the late Mr. and Mrs. Raymond F. Lowry. for 21 years she was employed as an accountant at Hays Oil Company in east Liverpool She is a member of St. Paul Catholic Church and the bridge group of Salem Womens Federated Clubs.

Several nephews, nieces, great nephews and great nieces are part of their family.