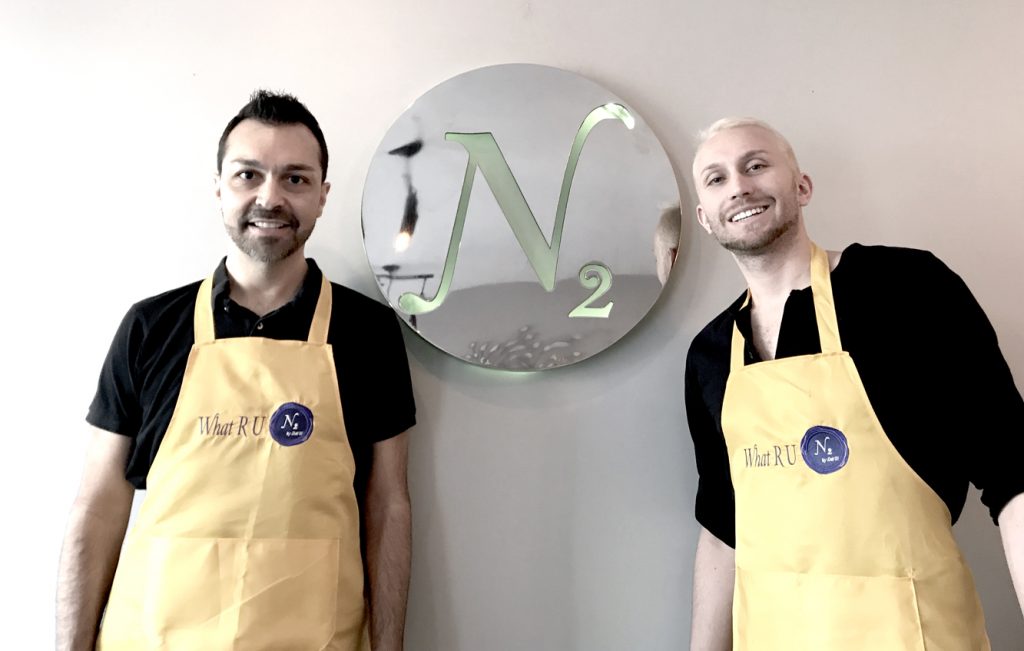 Shaun and Wayte DaVill are owners/operators of the N2, the liquid nitrogen ice cream parlor that has opened on South Market Street in the former Scratch restaurant storefront. (Salem News photo by Tom Giambroni)

LISBON — This is not your grandfather’s ice cream parlor.

What is that, you ask? N2 co-owner Shaun DaVill says the process involves taking ice cream in its liquid form and freezing it with liquid nitrogen — one of the coldest substances known to man — at minus 195 degrees.

“It’s extremely cold and what it does is freeze it on impact and it goes immediately from liquid form to ice cream in mere seconds right before your eyes,” DaVill said.

The process produces a cold fog that lasts for several seconds.

DaVill described it as an experience.

“It’s really fun to watch …I don’t know if you’ve seen the videos online but the kids’ eyes get big and so do the adults,” he said

Customers can choose from more than 50 flavors of ice cream and 20-plus syrups made from pure cane sugar, which are mixed together before being subjected to the liquid nitrogen — N2 — process.

N2 offers a full line of Coca Cola and Pepsi products that can also be incorporated into the ice cream process, “so there’s an unlimited number of things you can do with your soda,” DaVill said. “This is a huge thing out west, where we are from.”

DaVill and his husband, Dr. Wayte DaVill, are new to town, having moved to Lisbon about a year ago. Originally from Utah, the couple lived in Antigua while Wayte attended medical school. After graduating, Wayte took a job in Youngstown and they began looking for home, which is how they discovered Lisbon. They purchased the old Weber Victorian-style home on West Lincoln Way.

“We love it here. We love the people here. This is where we were meant to be, and the community has been great,” said Shaun.

Shaun operates his own window blind business from home but he is always on the look out for new business opportunities. “We were exploring ideas what to do and we had seen the liquid nitrogen done before and we thought this would be a great way to bring families and kids together and create a really fun space for teenagers,” he said.

Shaun and Wayte are going to run N2 for now but hope business will grow to where they will need to hire workers. They do not intend to serve food, “and with Coaches opening across the street that’s perfect. We don’t want to be competing. We want to be (complementing) each other,” Shaun said.

Coaches Burger Bar is expected to open soon in the former Night Court storefront. The business is owned by Stacy and Patrick Howlett, who operate four other Coaches Burger Bars in the Mahoning Valley.

Shaun said they believe in being active in the community and he currently serves on the Lisbon Area Chamber of Commerce board. They have also provided the school district with “I think your awesome” coupons entitling students to a free treat.

“This award is not for your straight A students or your overachievers because achievement is relative to whose making the achievement,” Shaun said. “This award is for achieving their level of awesome. There’s good kids out there and I don’t want them to be overlooked.” 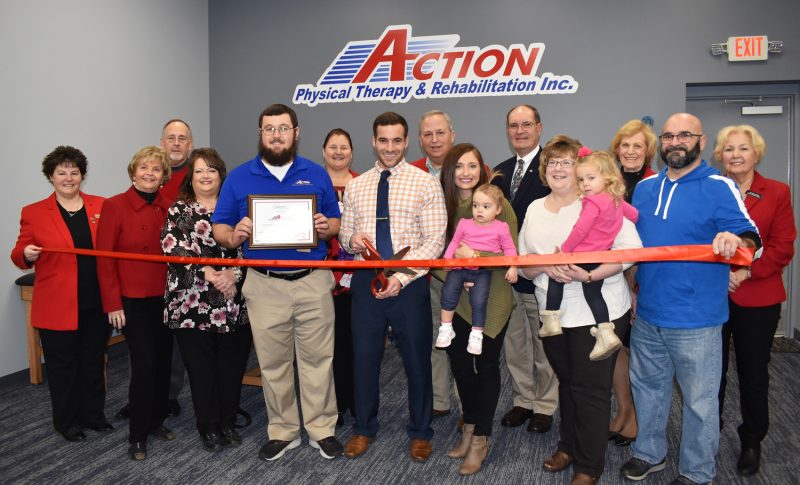 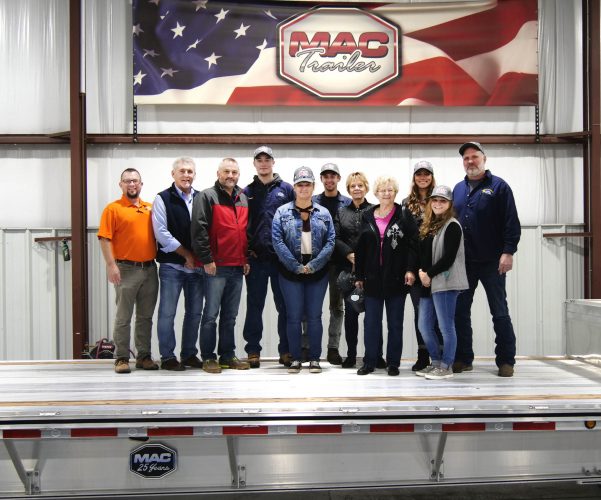 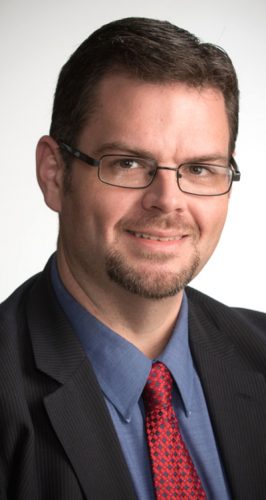