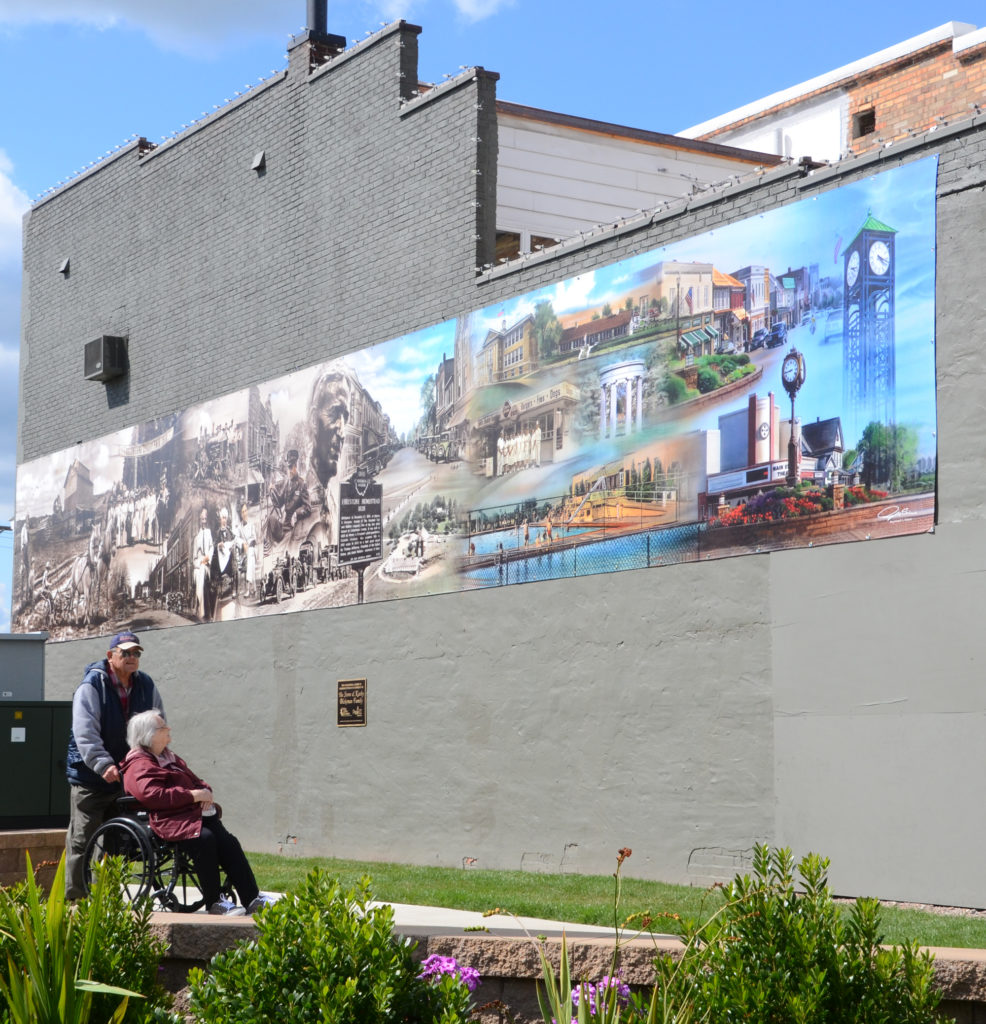 COLUMBIANA — A giant mural showcasing the city’s history is in place at the Main Street Common.

The mural — a digitized scan of a painting done by nationally known artist Ray Simon — was hung along the side of the building earlier late last week..

The mural has been sponsored and donated to the city by Steve and Kathy Blakeman, owners of Valley Office Solutions and Peak I.T., and the parents of Columbiana Mayor Bryan Blakeman.

“I need to thank several people who helped make this day possible,” Bryan Blakeman said during a mural dedication ceremony on Friday. “We wouldn’t be standing here in this small park if not for the vision of the Restoration and Beautification Committee and the leadership of Pat Tingle and Vaughn Musser.”

The committee headed up the Main Street Common project, which turned a vacant lot along South Main Street into a green space that features benches and landscaping. The Common was dedicated last August. 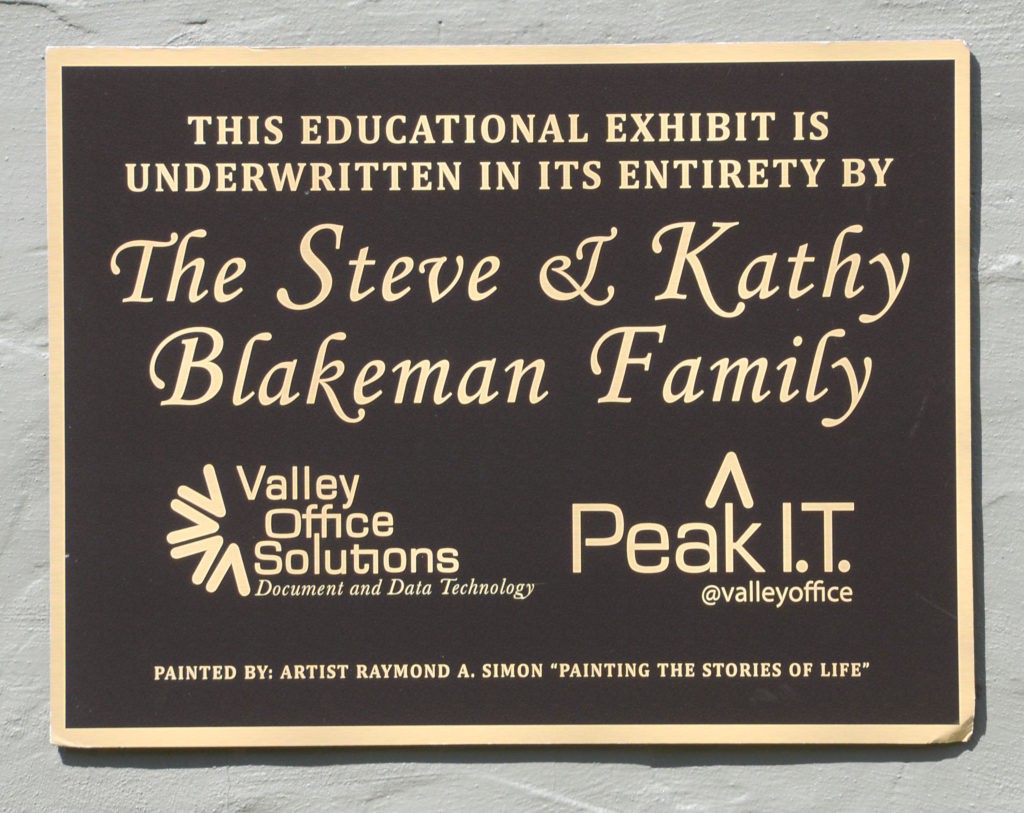 Tingle recently told city council that all that is needed at this point to round out the project is a wrought iron arch over the entrance to the Common, and figuring out how to hide the large electrical boxes there.

“We have had a number of good support from individuals, and also from the Columbiana Community Foundation for that,” she said of the project.

The project fell in line with original estimates, at $60,000, not including the Blakeman mural, since that cost was underwritten by Steve and Kathy themselves.

“I think it is going to be a wonderful addition to Main Street,” Tingle said.

Bryan Blakeman said his parents, who both grew up in Columbiana, believe the mural is important to capture the history and essence of the community.

“They love this town and their roots are here,” he said.

Turning his attention to the mural, he said, “Our city has a very rich history and a very bright future. From the revitalization of downtown, the expansion of the city with the Town Center at Firestone Farms, to the R&B’s intention to completely renovate and restore Firestone Park, our best days are not behind us, they lay ahead.”

He went on to say that Simon’s paintings have been commissioned and are on display in the nation’s military, government and religious institutions.

“Ray’s paintings are recognized for his powerful imagery and thematic content captured in life-life detail. More than that, Ray’s paintings tell a heart-felt story not easily captured by a single medium, which is why each painting includes a meaningful and poignant quote,” Blakeman said.

More information about Simon’s work can be found online at www.raysimonart.com.

The Blakemans plan to make replicas of the original artwork that will be sold to raise funds for the R&B’s Firestone Park project. 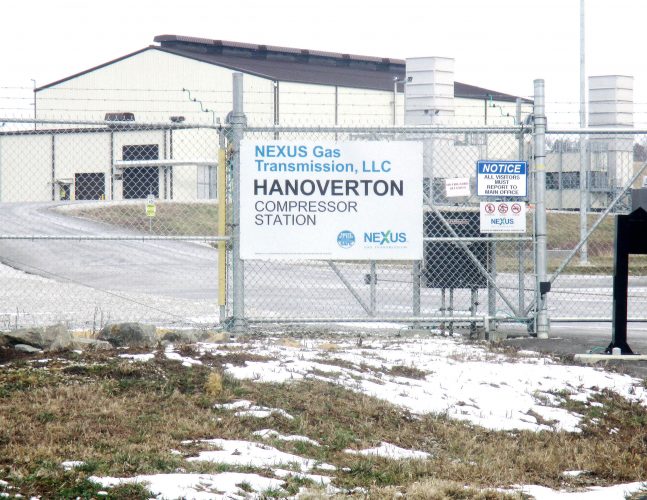