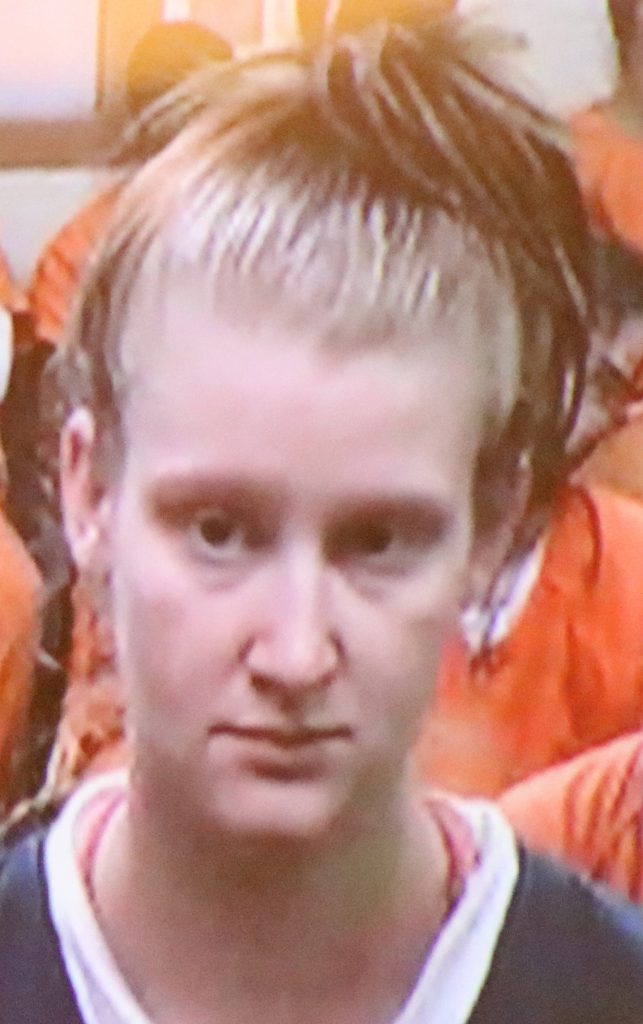 On Thursday, Common Pleas Court Judge Scott Washam sentenced her to another two years in prison.

Cope, Ohio Avenue, Salem, appeared in custody in court to be sentenced in two cases from her actions in late 2017 and early 2018.

“I want to apologize,” Cope said prior to sentencing. “I know it’s not anyone else’s fault but my own… I didn’t mean to hurt anyone. The only thing I can do is ask forgiveness and start moving forward with my life.”

Cope went on to say she want to prove she is not just a statistic.

Chief Assistant County Prosecutor John Gamble asked Washam to consider a two-year sentence for one of the cases, which was for two counts of illegal conveyance of a drug of abuse onto the grounds of a detention facility and two counts of possession of drugs.

On Sept. 18, 2017, Cope brought carfentanil into the county jail and another inmate, Michael Lewis, overdosed. When he returned from the hospital, Lewis said Cope was the one who gave him the drugs he had snorted. Cope was then checked and found in possession of .08 grams of carfentanil hidden in a folded piece of her court papers.

Then on Sept. 19, 2017, Cope was found nodding off in her cell and prompting corrections officers to check on her and find 25.8 grams of carfentanil inside a baggie, an amount which exceeds the bulk amount making the charge a third-degree felony.

Gamble noted Cope has a long history of drug abuse, especially opioid abuse, despite how young she is. In the second case against her, he suggested five years of community control with the possibility of a term at the Eastern Ohio Correction Center where she can get some more help for her drug problems.

On Feb. 9, 2018, Cope drove a co-defendant in a stolen Jeep Liberty to the Stagecoach Inn in North Georgetown, where they took about $200 from the register. Then they drove to Hanoverton, where they attempted to break into Thomas’ Market on state Route 9.

When they were caught at Thomas’ Market, Cope was found with suboxone, methamphetamine, heroin and fentanyl inside her wallet.

Cope’s defense attorney Kelly Linger agreed with Gamble that Cope needs help for a “pretty severe substance abuse problem.” Linger pointed out at one point, Cope was going to counseling at the Columbiana County Mental Health and Recovery Center, where she was getting both counseling and shots to help her cope with her problem. Linger noted the EOCC would give Cope some tools, which could prove useful for her in recovery.

Cope will be placed on five years community control in the second case, which will include substance abuse counseling.

Columbiana County’s confirmed cases of the coronavirus took a major jump from Sunday to Monday. According to ...

COLUMBIANA — In March, the planning commission held a public hearing regarding the ongoing issue of Hippley ...

LISBON — This summer marks the 75th anniversary of the end of World War II, and the Lisbon Historical Society is ...