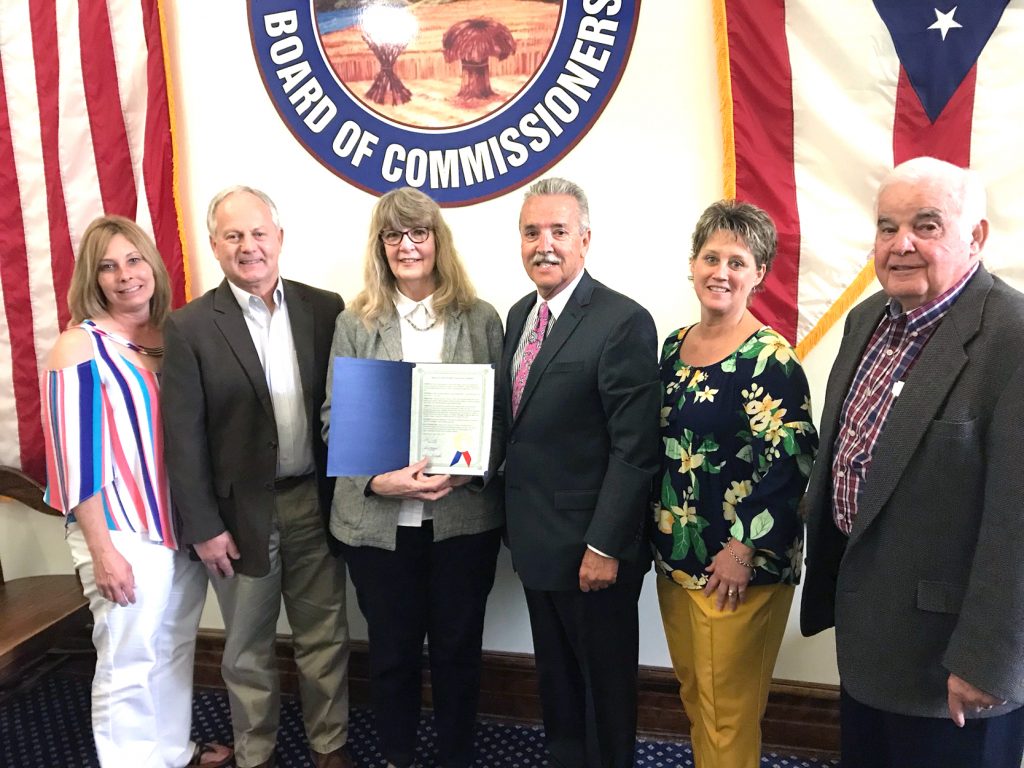 LISBON — Eileen Dray-Bardon has spent the last 40 years with the Columbiana County Department of Jobs and Family Services (JFS), with just more than half of those years serving as director.

With four decades under her belt Dray-Bardon opted to retire recently, although she plans to remain involved in the county through her continued membership on the county park board and as a certified volunteer with the Beaver Creek Wildlife Educational Center.

Dray-Bardon’s first encounter with the JFS was as an action aide in the food stamp department. She then took on the role of case manager and then became a supervisor — all within three short years.

She was serving as human resources administrator by 1996, at which time then director Wilma Carter retired, leaving an opening in that position. Dray-Bardon was named director later that year.

“When I became the director, our children’s services division was kind of broken. We had 11 staff and the state recommendation was 24,” she said.

Some of the accomplishments Dray-Bardon has been proud to be a part of during her time as director include the passage of the children’s services levy in 2000.

A levy sought for children’s services was voted down five separate times over the years, with the last failure occurring in 1996, she said.

The levy approved by voters in 2000 has been renewed each time since then, with the most recent renewal in 2014.

The 0.75-mill levy brings in just under $1 million for the county’s foster care program.

Dray-Bardon said there are currently 80 children in foster care, and that some of them have very serious mental health problems.

She said it takes about $2 million a year to fund care for the foster children, which is why the levy was needed. The remainder is covered through federal funding.

The JFS also saw the passage of the first senior services levy in 2015.

“It’s not a huge levy but we were able to provide a lot of services,” she said.

Dray-Bardon also recalled that when she first became director the JFS was in the midst of difficult negotiations with two unions, but agreements were later reached and there have been amicable contract negotiations since then.

There are currently 130 employees on staff.

Dray-Bardon was also pleased to be able to work with county commissioners to see the construction of the current JFS building on Dickey Drive in 2012. Prior to that the department was housed in a building downtown.

“Commissioner Jim Hoppel worked a long time to get us a new building,” she said.

She is also pleased with the great working relationships the JFS has with other social service agencies in the county.

“It’s not like that in other places. I think that serves our clientele well,” she said.

One thing that Dray-Bardon would like the public to know on her way out of the JFS is that there are not as many people on welfare as most people appear to believe.

“A lot of people think there are all these people getting welfare. We have 12 adults in Columbiana County receiving a cash check,” she said.

She added that help is also based on work requirements.

Only 16,000 county residents of the over 105,000 in the county’s total population receive food assistance.

“I don’t know where this misconception came from. Over 40 percent of the people are working, just on low income,” she said.

She went on to say that while there is definitely a workforce problem in the county, there are not a lot of people on cash assistance.

“Many people are working and getting food assistance. Most cooperate with that work plan,” she said.