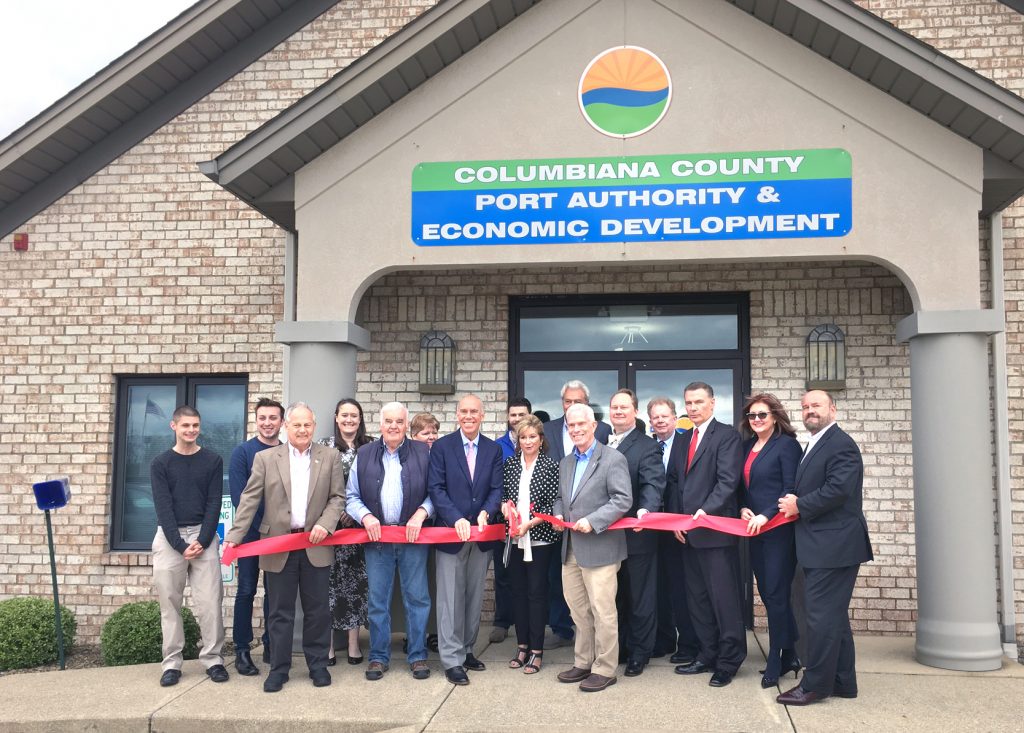 The Columbiana County Port Authority and the Columbiana County Economic Development Department last week held an open house and ribbon cutting ceremony to showcase their new headquarters at 7860 Lincole Place, Lisbon. The new location is also home to the land bank and GIS departments. Congressman Bill Johnson and state Rep. Tim Ginter presented Proclamations. Commissioner Tim Weigle spoke on behalf of the county commissioners. Northeast regional liaison Monica Blasdel also delivered a proclamation on behalf of Gov. DeWine and Lt. Gov. Husted. The port authority’s initial base of operation was a 50-acre site on the Ohio River in East Liverpool. In May, 2018, the East Liverpool building that housed the port’s headquarters was sold and the port authority re-located to their Industry Street, Leetonia, building. Within a short time, the port authority sold the Leetonia building and land at the World Trade Park resulting in the creation of 267 jobs with a $45 million investment into the county. At the same time, the port authority joined forces with the development department creating a one stop shop for economic development in the county. In November 2018, the Port Authority purchased the building at 7860 Lincole Place, Lisbon to become the site of its new home.