NEW WATERFORD — The Crestview Schools water line extension project does not include a sewer line for now, but that isn’t necessarily off the table for the future, Mayor Shane Patrone said Tuesday.

Councilman Tom Cresanto asked about a potential sewer line during the regular council meeting, saying that it was brought to his attention by residents who had heard a sewer line would be included in the project.

Patrone said the village was approached by the school district about the possibility of a sewer line as well, but that right now the contract is for a water line only.

The water line project began being discussed two years ago after the school district was unable to come up with additional water sources on its own property.

The school district was having problems with its wells and as a result drilled two new wells but they came up relatively dry.

During the Tuesday meeting New Waterford council passed an emergency resolution allowing Patrone to apply for and enter into a Water Supply Revolving Loan Account on behalf of the village for the construction of the water line.

Patrone said the project is coming along according to schedule and that the grant being sought provides for 50 percent forgiveness and the 30-year loan is zero interest.

The school district will provide the required match for the grant and make semi-annual payments on the loan once everything is finalized, he said. The last estimates for the project came in at around $1.8 million to $2.1 million, he added.

Patrone also said the project should go out to bid in early 2020 and that he hopes the new line can be installed and operational by the fall of the 2020 school year.

In the meantime, the village has agreed to pump water in at the school district as needed in the event of an emergency.

Cresanto also asked during the meeting if residents on Crestview Road will be forced to tie into the new water line.

Patrone said they would not, but anyone who wants to tap into the new line will need to pay the tap-in fee, which is $1,500.

“You don’t want to if you don’t have to,” he said of tapping in.

Cresanto also said residents were concerned that if they don’t tap in to the new line right away the tap-in fee will increase down the road.

“That could happen,” Patrone said. “I can’t guarantee is won’t.” 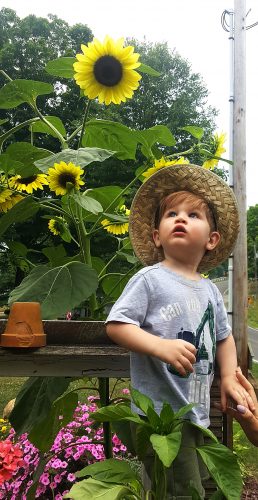