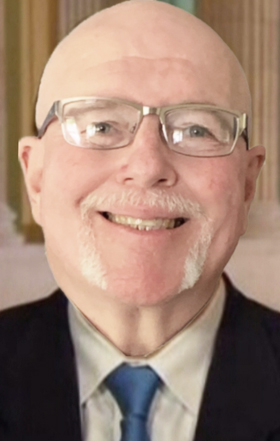 PERRY TWP. — Retired Salem police officer Austin French announced Wednesday that he’s running for Perry Township Trustee in the fall, saying he wants to be a new voice for residents and offer new ideas to the township operation.

French filed his petitions with the Columbiana County Board of Elections in Lisbon to appear on the Nov. 5 ballot. The position of township trustee is non-partisan, with one four-year term up for election this year, along with the position of fiscal officer, which is also a four-year, non-partisan term.

French ran for trustee unsuccessfully two years ago, but said he wants to try again to serve his fellow residents. He’s lived in the township for 14 years and currently serves on the Perry Township Zoning Board.

“Being retired I can give my full attention to the needs of the township,” he wrote in a press release.

According to the press release, he intends to focus on the following: “Economic development and job creation, coordinated with officials of the City of Salem and the state of Ohio whenever possible; ensuring that the township remains a place of law and order, with strong support for our police and fire departments; and full-time commitment to the sound management of the township’s resources, its roads and streets and basic township services, along with keeping taxes down.”

French has been attending many of the trustee meetings and was in attendance Monday night when several residents complained about nuisance issues.

“I also want to work towards greater transparency in the township’s public meetings, with agendas being available upon entering on meeting nights and even having televised township meetings if possible for those who cannot attend. The public has a right to know what is going on at these meetings,” he wrote.

French, 63, was born and raised in Sebring and served the past 20 years as a patrolman with the Salem Police Department, retiring earlier this year after a 40-year career in law enforcement in Ohio and Florida. His career began after graduating from the Ohio Police Training Academy in 1979, with eight years at the Sebring Police Department where he served as a detective and juvenile officer, then moved on and served as chief for the Goshen Township Police Department. He served another seven years in the Palm Beach Gardens Police Department and the Palm Beach County School Police where he was also a K-9 handler. He then returned to Ohio to serve the citizens of Salem.

In his retirement, he’s now serving as a Salem Community Pantry Board member besides the township zoning board. He’s a past president of Fraternal Order of Police Quaker Lodge 88 and while in Florida, was elected president of the Singer Island Kiwanis Club.