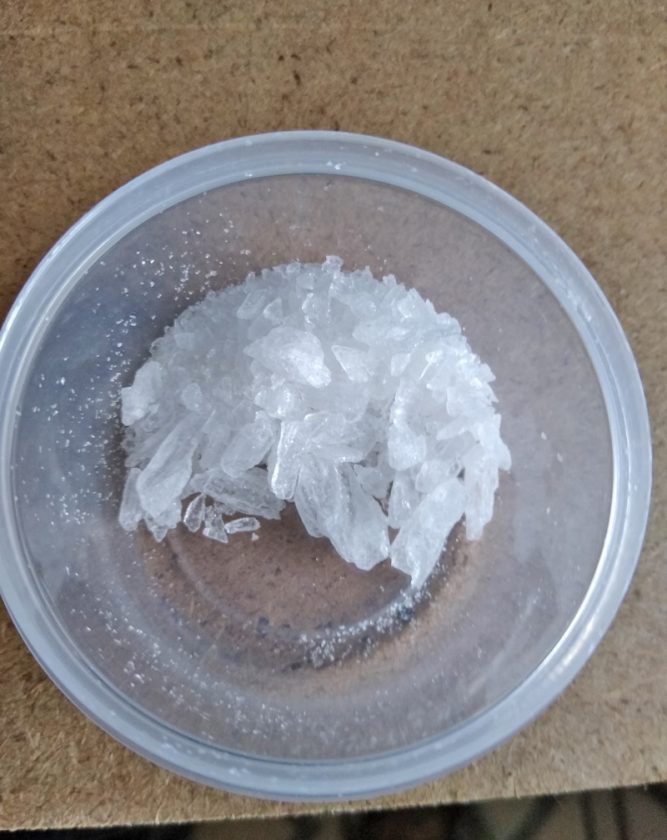 Suspected methamphetamines were found in the West Pershing Street home during the execution of a search warrant on Friday. (Submitted photo)

SALEM — Various drugs valued at about $700 were taken from a West Pershing Street home by members of Columbiana County Drug Task Force and the Salem City Police Department.

According to Detective Lt. Brian McLaughlin, the search warrant was served at a 285 W. Pershing St. address, where authorities found more than seven grams of suspected methamphetamine, as well as marijuana, lorazepam, percocet and buprenorphine.

While McLaughlin said the home did not seem to contain evidence of the manufacturing of meth, there were items indicative of drug trafficking such as digital scales and packing materials. The suspected drugs were sent for laboratory results and multiple people could be facing charges pending the results.