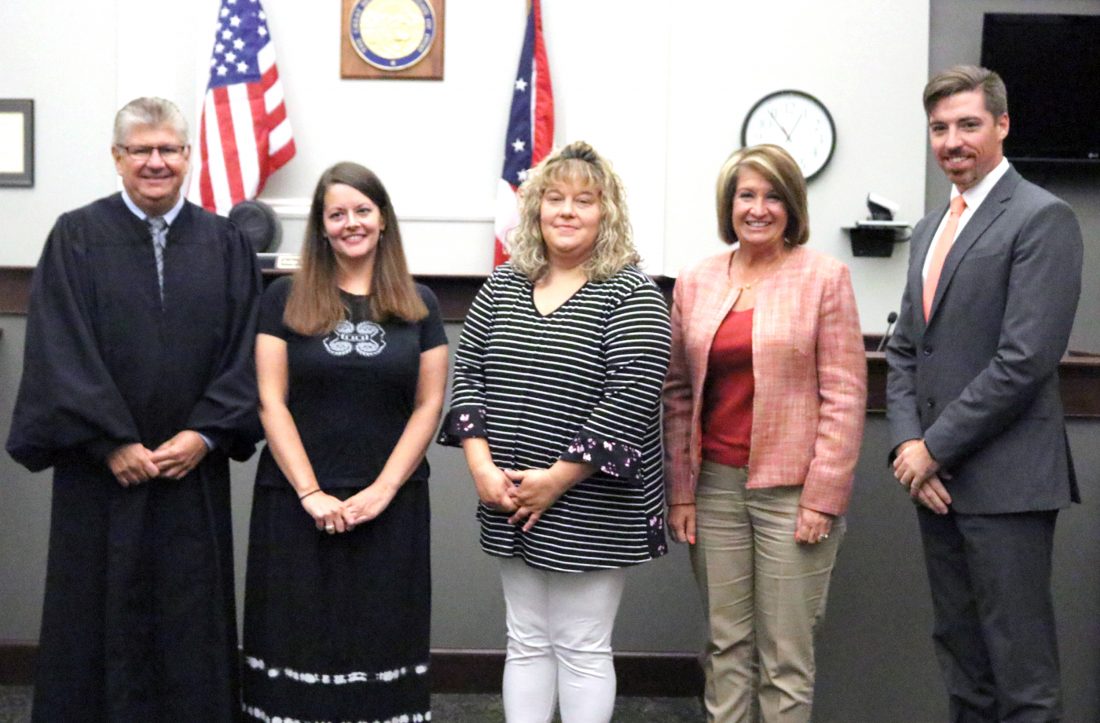 LISBON — The Columbiana County Municipal Court drug court program celebrated the successes of two people involved in the program during a ceremony Monday.

Judge Timothy McNicol, who serves as the judge for the program, noted it is a partnership between the participant who needs help, those from the court, as well as the recovery programs at the Counseling Center and Family Recover.

McNicol said he knows both Heather Chase and Linda Laughlin had moments of doubt, some good days and bad days, but they had the courage to change their lives to overcome the obstacles that stood in their way.

Chase started the program in January 2018, before McNicol took the bench. While she struggled at first, McNicol said her recovery was a direct result of her desire to be reunited with her boys. She now has regained full custody and has been working hard to provide them all with a better life.

While Chase has moved to another state, she continued to travel eight hours one way to complete the program. 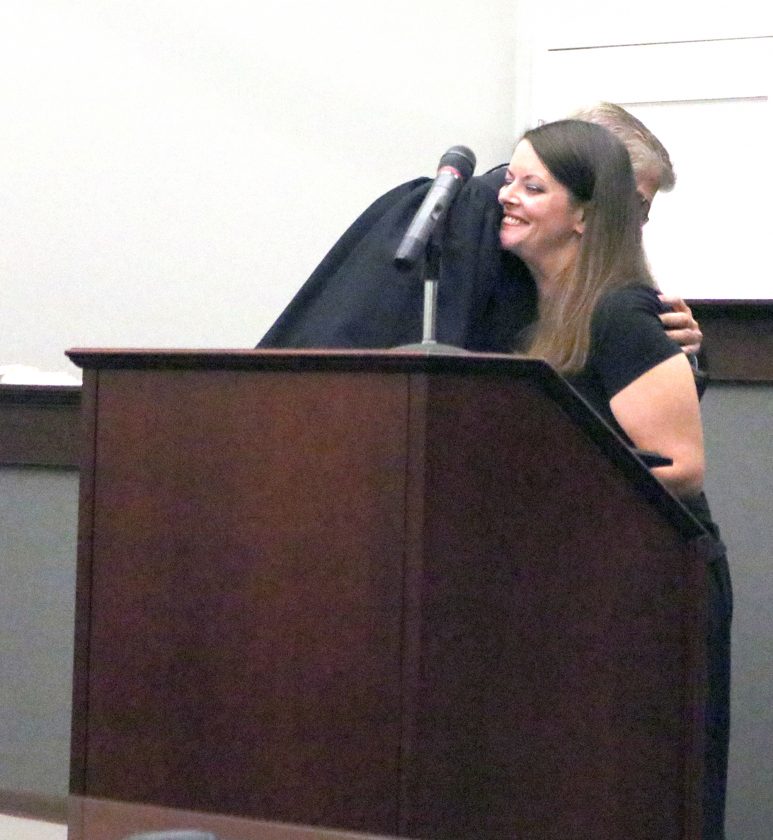 Chase told everyone in attendance, “thank you” after receiving her recognition of completion, adding “without you, I’m sure I would be in jail or worse.”

McNicol called Laughlin a model participant, who has become a leader of a group providing support to others seeking sobriety. McNicol said he recently heard from her husband just how proud he is of Laughlin. He noted those in the program had a good feeling about Laughlin being successful in the program and he was glad they were right.

“It’s been a rough road, everyday’s a challenge,” Laughlin said, adding recovery is something you have to work on everyday.

Judge Mark Frost also spoke at the graduation and said he is glad McNicol has been able to continue the program started by Judge Chris Amato. Frost spoke about how people on drugs learn to lie, to themselves, and learn what to say to the judge to try to get out of jail or trouble.

“But there comes a moment when sometimes, not always, but sometimes, where those people who have fooled themselves finally get it that they need to live it and not just promised it,” Frost said. “They can’t talk themselves out of stuff.” 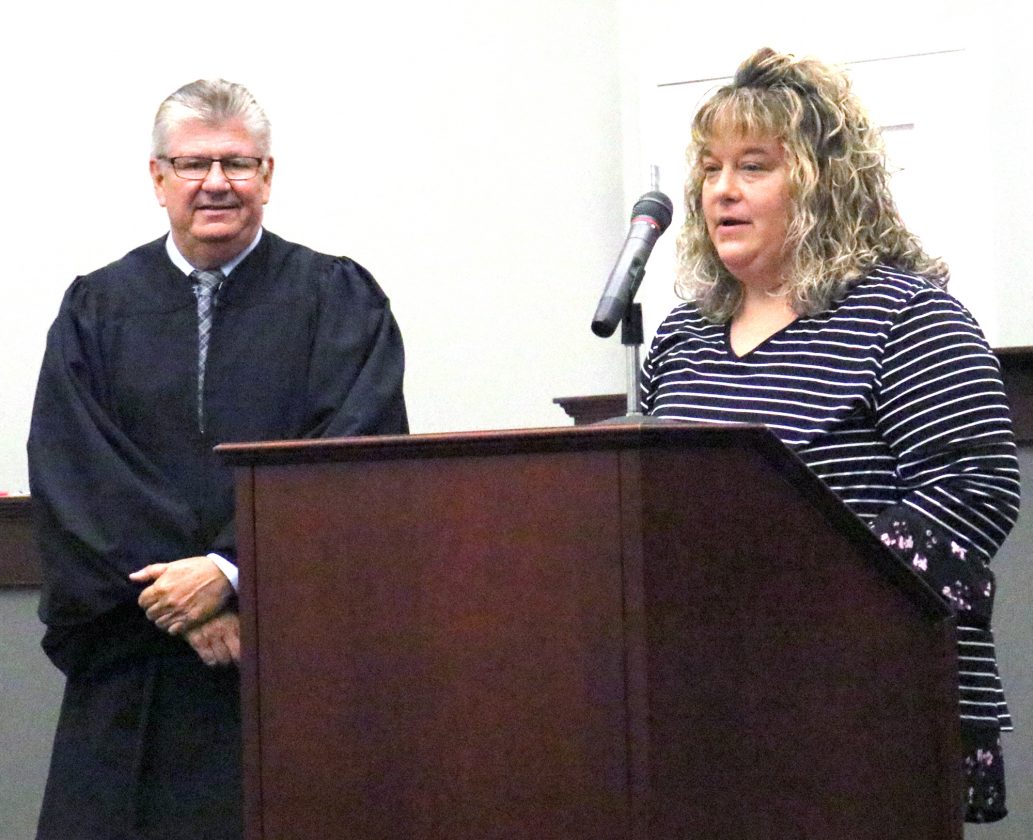 Linda Laughlin, one of two drug court graduates, makes some comments to others involved in the drug court program after receiving a plaque on Monday. (Salem News photo by Deanne Johnson)

Frost further congratulated them on celebrating a milestone in their continued recovery.

The two new graduates join Ami Demeo, who was the first graduate and completed to program in May. Demeo was in attendance to celebrate with the two newest graduates.

McNicol said he recently spoke to someone else who has recently gone to a rehab facility, who was at Demeo’s graduation, and said how much she had wished it had been her. He hopes there will be more successes to come for the drug court program.

SEBRING — An hours-long standoff in the village ended peacefully on Friday. According to the Salem News’ news ...

COLUMBIANA—City council approved the request from the Fairfield Ruritan Club to hold its annual Classic, Custom ...