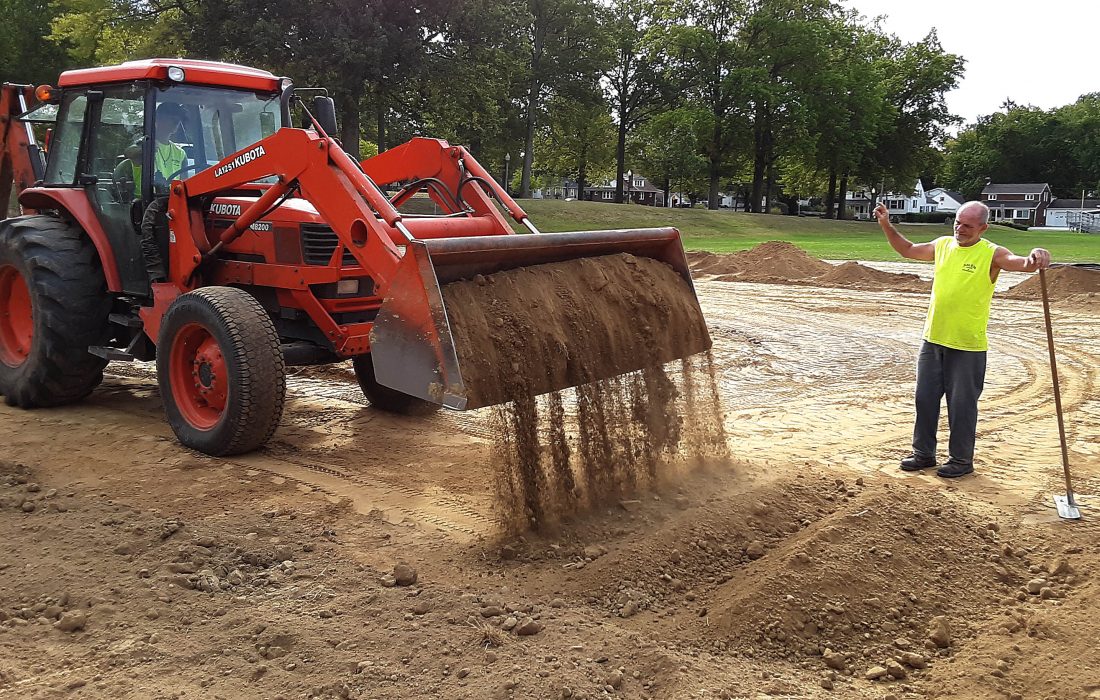 Salem Parks and Recreation maintenance worker Dave Adams gives directions to co-worker Joshua Faulkner as they begin the process of installing a grass infield at Bill Galchick Feild in Centennial Park. Galchick passed away on July 28, 2018 after having coached Salem youth baseball players for 50 years. Upon his death, family members requested that monetary donations be given to the Salem Parks and Recreation Department for the future maintenance of park ball fields. This money will be used to install a grass infield at the baseball field in Centennial Park, which has been named in Galchick’s honor. Adams, who has been preparing and maintaining the Salem Park’s baseball and softball fields for over 25 years, is in charge of the project. (Submitted photo)