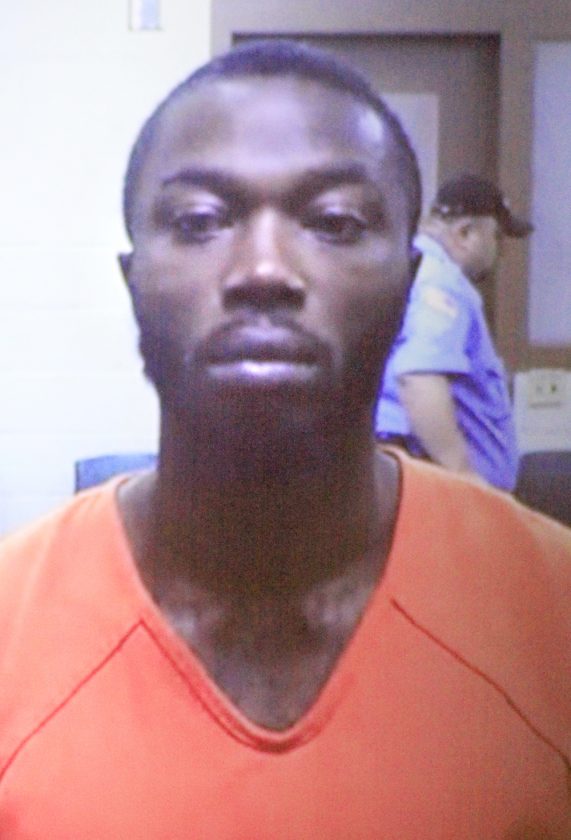 LISBON — One of the major Operation Big Oak defendants, Antonio C. Fleming of Cleveland, was sentenced to serve a decade in prison on Friday in Common Pleas Court.

Fleming, 34, also known as Yayo and Ya-O, was responsible for 1,208 of the known drug deals in Columbiana County, according to Prosecutor Micah Ault of the Ohio Attorney Generals office. Ault said the drug deals from Operation Big Oak impacted families and the Columbiana County community as a whole, both devastating lives and costing the community for investigating, prosecuting and rehabilitating those in the community.

“There’s no dollar figure that could show the cost of these crimes and how it impacted this community,” Ault said.

Fleming was facing a sentence of up to 24 years and a minimum mandatory sentence of three years after pleading guilty to charges of engaging in a pattern of corrupt activity, trafficking in cocaine, aggravated possession of drugs and two counts of aggravated trafficking in drugs in August.

Attending the hearing with Fleming were 13 members of his family, including some who wrote letters to to Judge Scott Washam prior to the sentencing hearing.

“As a prosecutor you see a lot of people that have never had anybody in their corner or even have family members who lead them in a life of crime,” Ault said. “Here in this case you have someone who appears to be raised by a loving family and a loving community and yet he chose to deal drugs.”

Ault asked for a 13 year prison sentence, noting Fleming was responsible for dealing 1,460 grams of drugs, including 938 grams of fentanyl. Ault said it only takes two milligrams of fentanyl to kill the average size man.

Additionally, Ault said while many of the other 102 Operation Big Oak defendants cooperated, pleaded guilty and in many cases agreed to help the prosecutor’s office as they were prosecuting the leaders of the criminal enterprise. Ault pointed out many of them did that while under threat of bodily injury, including one of the defendants, who was later sexually assaulted with an object in the county jail.

Defense attorney Ronald Yarwood said he began defending Fleming in January and only after Yarwood reviewed the 30,000 documents of evidence, some documents up to 100 pages and thoroughly went through everything, did Fleming plead guilty to the charges.

Yarwood described how he went up to Cleveland, to the Lake Shore Boulevard Church where he met with family members, none of whom made excuses for Fleming’s behavior, but also left him with the impression that Fleming is a person worthy of redemption. Yarwood said Fleming was basically homeless at the time of these crimes and using drugs himself. Yarwood called Fleming a person deeply concerned about disappointing his father.

Yarwood asked for a commensurate sentence to what they received.

“This is a gentleman I think who is redeemable,” Yarwood said, “and the longer you are in prison you know, the harder it is to come back out into this society.”

A soft-spoken Fleming apologized to Washam, the community and his family, talking about how he has been trying to get his life together for the past couple years.

While sentencing Fleming, Washam pointed out how the Operation Big Oak defendants created a pipeline of drugs and the ravaging effects fentanyl had on the community, leading to overdoses, tearing apart families and even putting police and first responders at risk. Washam also noted Fleming participated in more drug sales than any of the defendants.

“You were not raised this way,” Washam said, adding he can tell Fleming was raised in a two parent home where Christian values were taught. “I’m sure Mr. Fleming you would not want any of your three children sold the drugs you sold to others.”