Man charged with trying to take brass knuckles into court 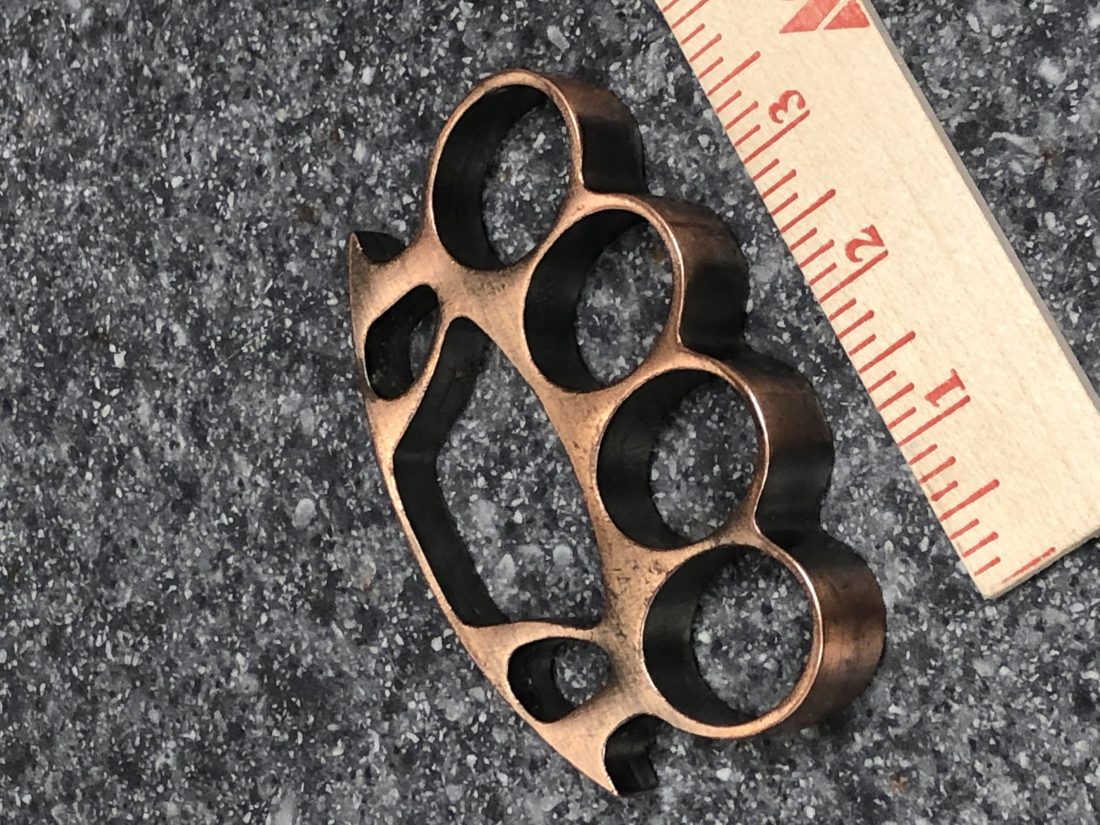 LISBON — A Guilford Lake area man is facing a felony charge after he allegedly attempted to smuggle a heavy pair of brass knuckles in his back pants pocket into county Municipal Court.

An Oct. 24 preliminary hearing was set for Dustin M. Dorff, 29, East Lake Road, who is charged with a fifth-degree felony, illegal conveyance of a deadly weapon charge, after he attempted to bring a set of brass knuckles into the courthouse past security on Thursday — on his birthday.

According to the security incident report by Charlie Burgess, an officer at the court, the brass knuckles were in Dorff’s back pocket when he came through the security checkpoint at 10:30 a.m. Thursday. After the metal detector sounded to something around Dorff’s waist area, officers in the hallway, including Jerry Herbert and Lisbon Police Chief Mike Abraham, noticed his left back pocket was sagging. Dorff continued to deny he had anything there, until he was asked about it a third time and took out the brass knuckles.

He claimed he had forgotten they were in there.

Dorff was appearing in court on two cases, separate driving under suspension citations, for which he was fined $300 and required 80 hours community service.

Bond was set at $2,500 cash or surety on the felony charge, which Dorff reportedly was released on.