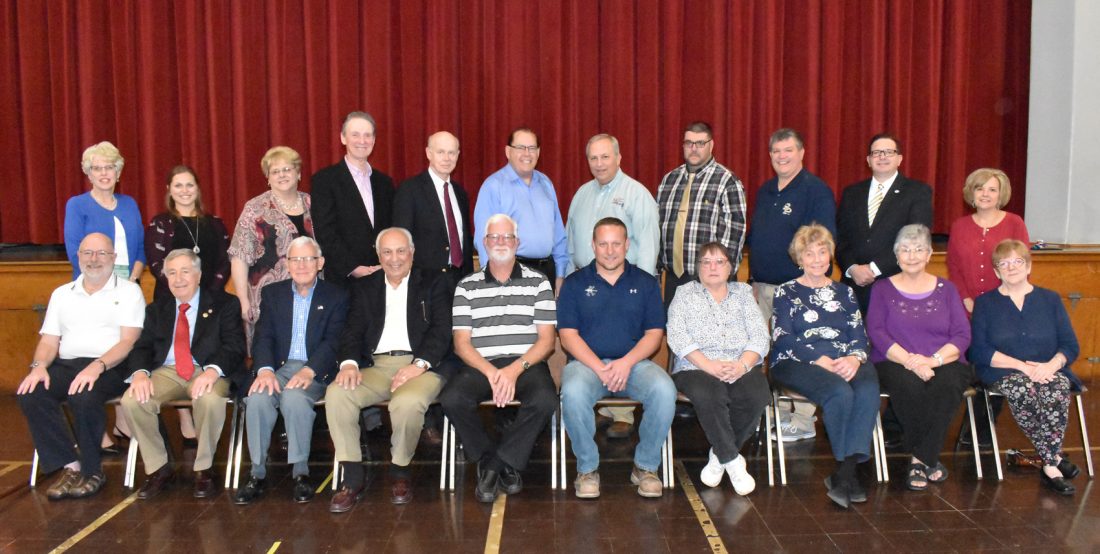 SALEM –Brighter lights and a clearer sound system — that’s the result of a concerted joint effort by several organizations to improve how students see and sound in Scullion Hall at St. Paul School.

The Salem Community Foundation contributed 50 percent of the funding for the $20,000 project cost, but the other 50 percent came from five different organizations within St. Paul Church and the school. SCF Grants Coordinator Melissa Costa said that shows a lot of teamwork to get the project done.

St. Paul School Principal David Pancurak said the upgrades to both the lighting and sound systems help the community as a whole because of the many people who use the facility, not just for school, church or parish group functions, but the public which rents the facility for parties, bridal or baby showers, birthday parties or even class reunions.

He said the upgrades catch the facility up to the generation of students attending now, with LED lights and a digital sound system that includes more than one microphone.

“We might be able to do more to expand our fine arts program now that we have more microphones,” he said.

Jim Miller, of Joe Dickey Electric, explained that the number of lighting fixtures was reduced from 24 to 18, going from a wattage of 250 watts each in high pressure sodium HID lights to 140 watts each in LED lights. He said they created more lighting output “with more lumens per square foot and reduced the energy consumption in half.”

That’s going to result in a lower cost for lighting the gym.

The work was done in September.

Jeremy Corbisello of the St. Paul School Foundation said thanks to all the contributors, noting that both of his sons went to school at St. Paul.

SCF board member Geoff Goll said both of his daughters and his granddaughter went to St. Paul School and he’s known the staff for over 20 years.

“That is what makes St. Paul’s so special. The teachers are here because of their faith and their belief in what they can do for the kids,” he said.