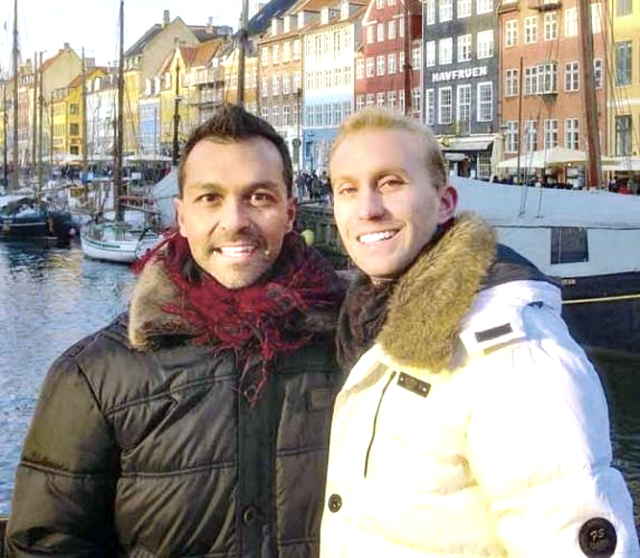 BOARDMAN — Most entrepreneurs who purchase a small business look first at its bottom line: Is it making money? Is it profitable?

But Shaun and Dr. Wayte DaVill from Lisbon looked at Crumbles Bakery in Boardman in early August, saw that it was losing $10,000 a month, and bought it anyway.

The people they serve are the people who serve customers at Crumbles Bakery. It is a costly way to do business, but its return on investment cannot be measured solely by money.

“When we met Kathy,” Shaun said, “she didn’t know how much longer they could continue to fund the bakery — $10,000 a month is a lot of money to lose. We wanted to save it … If the bakery didn’t exist, they wouldn’t have jobs, and we couldn’t let that happen.”

The DaVills have shared their lives and their altruism ever since they met in Utah.

Their separate journeys began in Western states: Both were raised as the children of socially conscious parents.

“My father in Mason, Utah, is an environmental scientist,” Wayte said. “My mother started her career as a juvenile court case manager and currently runs the attorney general’s office as its chief administrator. My brother is the general manager of a Shake Shack.”

Shaun grew up in Rapid City, S.D., as the youngest of 12 children in a devout Mormon family. Nine of his siblings were, like Shaun, adopted.

“I was spoiled,” Shaun admitted. “I’m the only baby boy that they adopted and I was a character, always in trouble in school. They had two girls of their own and could have no more, but they wanted a big family. So they adopted.”

His father, who died a year ago this month, worked for the Mormon church as a director of church education systems. Shaun said that it was from his parents that he inherited his kindness and compassion.

“After we moved to Ontario, Canada, my parents were looking to adopt one more child,” he said. “I was one of five at that point. They read an article in the Toronto Star about hard-to-adopt children that featured a family of seven orphaned, native American children — brothers and sisters. These kids were going to get split up and adopted out individually if somebody didn’t step forward to take all seven. Somebody did — my mom and dad. We went from a family of five kids to 12 kids overnight.”

At the age of 20, Wayte decided on a career in the medical field. The two moved to the Caribbean for 2 1/2 years of academic training at a university there. That school contracted with hospitals throughout America, including Youngstown.

“They first sent me to Northside in Youngstown, which closed down,” Wayte said, “so I finished my initial studies at Sharon Regional and Trumbull Memorial in Warren. I am now an M.D. and I’m applying for my residency for the upcoming year in psychiatry and family medicine.”

Shaun, on the other hand, has never been interested in that sort of thing. “Working a job was never for me. I have a hard time working for other people. I realized early in life that in order to make it in life I would have to be my own boss.”

This prompted Shaun to build a profitable online company selling window blinds, which served the couple well during the years in the Caribbean, and helps pay the bills now. Upon first moving to Ohio in March, they settled in Lisbon.

“We wanted to do something to add to the community,” Wayte said. “There was not much there for kids or families. So, we opened a liquid nitrogen ice cream shop called N2 by DaVill.”

This soon led to their meeting with Kathy Phillips. She invited the couple to open an N2 location at Crumbles Bakery and share the space. In turn, she proposed to share their location in Lisbon for another bakery.

“We suggested that Turning Point just sell us the bakery and let us take it off their hands,” Shaun said.

For three months they operated at a loss. Last week, they broke even for the first time.

“We hired a baker who was trained at the American Culinary Institute of America,” Shaun said. “She revamped and oversees everything. Not only are we employing wonderful people, we also have an amazing product.”

Though they hope to have a profitable 2020, profit is not and never will be the key objective. “If the bakery didn’t exist,” Wayte said, “it would be detrimental to these individuals who work so hard for us. It’s their life. Most have been here since Crumbles opened five years ago.”

Shaun and Wayte continue to operate the ice cream shop in Lisbon. Wayte continues to pursue his medical career and Shaun continues to sell his window blinds. But nothing, they say, can compare to the satisfaction Crumbles Bakery gives them.

“Crumbles gives our employees life fulfillment and life skills. It’s a place for them to go where they belong and where get to do amazing stuff,” Shaun said. “It doesn’t get any better than that.”