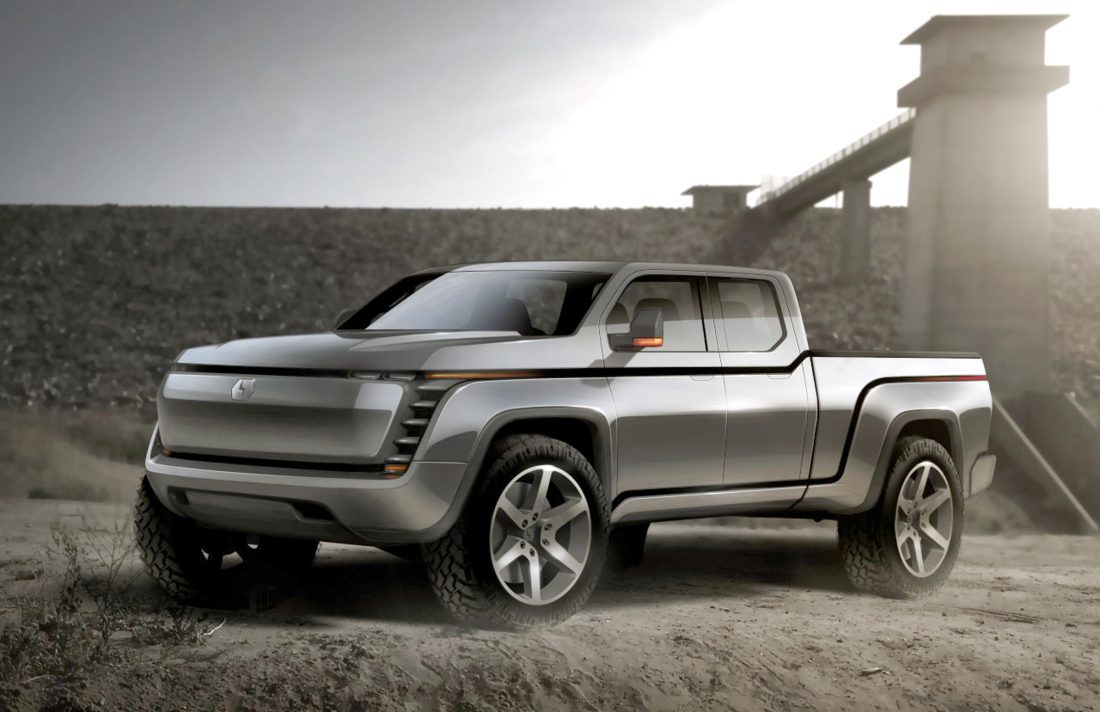 An artist's rendering of the new Endurance. (Special to the Salem News)

The company announced Thursday the truck – the Endurance – will be available to consumers, too, and not just for use in fleets.

At a price point of $52,500 before tax credits, the passenger truck will be the same “rough and tumble” truck produced for the commercial sector, said Lordstown Motors’ CEO Steve Burns. It won’t be available with any bells and whistles or additional options.

“You’ve got to take it as a rough and tumble work truck, but there seems to be a market for it,” Burns said.

The company also Thursday began accepting preorders on its website with a deposit of $1,000 for the 2021 Endurance. Doing so, Burns said, allows companies with smaller fleets “to hold their place in line.”

“The Endurance pickup truck is designed to be the first production vehicle that utilizes a 4-wheel-drive hub-motor system, a design that reduces the number of moving parts,” a news release from the company states. “With its hub motor design, Lordstown engineers have set out to re-invent the electric vehicle.”

The company is touting the benefits of the all-electric vehicle’s hub motor as it breaking down less, requiring less maintenance and costing less.

“The overall benefit is an attractive Total Cost of Ownership (TCO), which translates into a significantly lower lifetime operational cost compared to traditional pickup trucks,” the release states.

Burns and Lordstown Motors are pushing to begin production of the truck in the fourth quarter of 2020 at the former Lordstown General Motors assembly plant, which Lordstown Motors purchased earlier this month for a reported $20 million.

The company took possession of the 6.2-million-square foot plant and the equipment inside on Nov. 7. Since, Burns said, his employees have been inside every day “mostly planning, but wrench turning will start early next year.”

The target timetable to have the plant retooled is six months, during which thousands of contractors will be inside the facility to make it fit the Endurance platform. It’s expected to cost north of $300 million to repurpose the plant and ensure profitability through production of the Endurance, named after the grit and determination of the people who will build the truck and of its attributes – a tough work truck with a lasting charge.

“The equipment is there, but we have to reconfigure it. We have to stretch the footprint a little bit initially to hit our planned target,” said Rich Schmidt, Lordstown Motors’ chief production officer.

Burns expects the plant to employ about 400 to start, but envisions at full capacity a workforce of about 5,000 working three shifts.

The company is partnering with Workhorse Group, which Burns founded, to use their technology in the production of the truck. In exchange, Workhorse holds 10 percent of the company. he agreement with Workhorse also provides the opportunity to transfer 6,000 existing preorders received by Workhorse for its commercial pickup, the W-15 prototype, to Lordstown Motors.