LISBON –Five years after receiving its first allocation of federal funding to begin demolishing dilapidated and abandoned homes in East Liverpool, Salem and Wellsville, the initial phase of Columbiana County’s land bank program is winding down.

The last of the $3.2 million in combined federal funding received since 2014 has to be spent by Dec. 18, and land bank program director Robert Ritchey reported at this week’s land bank board meeting they are on target to finish the remaining demolitions and turn in the last of the paperwork by the deadline.

The $3.2 million received through the federal Neighborhood Initiative program (NIP) could only be spent on demolish properties in the targeted communities of East Liverpool, Salem and Wellsville.

“Now that funding is gone we’ll have to be a bit more selective in the properties we take in the future,” Ritchey said.

The NIP funding has been used to demolish or rehabilitate 142 homes in East Liverpool, 52 in Wellsville and 19 in Salem, for a com bined 213 — 13 more than program goal. This includes nine home still in the process of being razed.

Ritchey said one of the things they are looking at saving money on is mowing land bank-acquired properties that have yet to be sold. There are more than 100 such properties and the bank spent $45,826 so far this year to maintain them.

“That just seems high,” commented county Commissioner Jim Hoppel, who serves on the board.

“(Not) when you have as many lots as we do,” Ritchey said, adding they are working with the mowing companies used this year to determine if there are ways to cut costs.

Of the $3.2 million in NIP funding received since 2014, nearly $2.4 million was spent on acquiring properties, demolition and asbestos removal. The rest was spent on acquiring homes to be rehabilitated in partnership with buyers, who must agree to pay for the renovation, administration and miscellaneous expenses.

Ritchey said rehabilitation homes at 929 Bank St. and 838 Spring Grove, both in East Liverpool, are in the process of being finished in time for the Dec. 18 deadline. Another 90 properties in East Liverpool, Salem and Wellsville are enrolled in the mow-to-own program available to adjacent propery owners.

Ritchey reported the following new projects are being undertaken using delinquent property tax funds, which can be spent anywhere:

As of 9 a.m., the Columbiana County Health District is reporting 687 total COVID-19 positive cases. Of that total ... 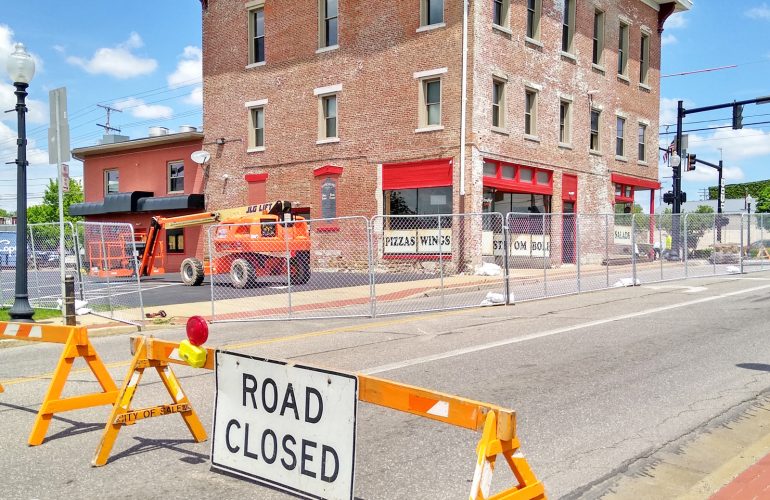 LISBON — The number of Columbiana County coronavirus cases jumped by 22 again on Wednesday and the county health ...

SALEM — The city Parks Commission said okay to opening restrooms at city parks this weekend and requiring the ...

Salem man gets 4-year sentence for assault on child