LEETONIA — Village officials are asking residents to return the income surveys they should have received in the mail.

Village Administrator Gary Phillips reported the Rural Community Assistance Partnership (RCAP) has helped the village mail out 360 Low to Moderate Income (LMI) surveys. He said the village depends on surveys to get grants for streets, water, sewer and other projects.

Phillips said he is hoping for a good response to the survey.

“I can’t impress enough upon residents the importance of returning these surveys,” he said.

Mayor Kevin Siembida added responding to the survey is worth residents’ time considering the amount of money the village can get using the results.

Phillips reported last month in the past five years the village has received grants of $54,000 for the coke ovens, $58,000 for the Home Street widening and $45,000 for a pocket park thanks to the LMI survey.

In other business, council approved the third and final reading of an ordinance instituting $5 increases to the motor vehicle license tax effective in 2021. The additional tax will be used for road maintenance and replacement.

Also at the meeting, Lisa Smith, utilities chief operator, reported leaf pick up with the vac machine is complete, but bagged leaves will still be picked up. Smith said employees were finishing up with curbs and catch basins when residents began raking leaves out to curbs because they saw them picking leaves up. The vac machine is currently out of commission for repairs, but Siembida said the village will make every effort to make one final pick up this year.

A street committee meeting will follow the Dec. 18 council meeting at the request of Siembida who said he wants to discuss applications for the public works superintendent position and the road paving plan for 2020.

Siembida said the village has received 46 applications for the public works superintendent position, the posting for which closed on Dec. 5. Council asked that Siembida and Phillips, along with the streets committee, narrow the field of applicants to about half a dozen before presenting the candidates to council.

The next regular council meeting is scheduled for 6:30 p.m. Dec. 18 at village hall, followed by the streets committee meeting.

SALEM — Drug sweeps at both Salem and West Branch high schools and junior highs on Wednesday morning yielded no ... 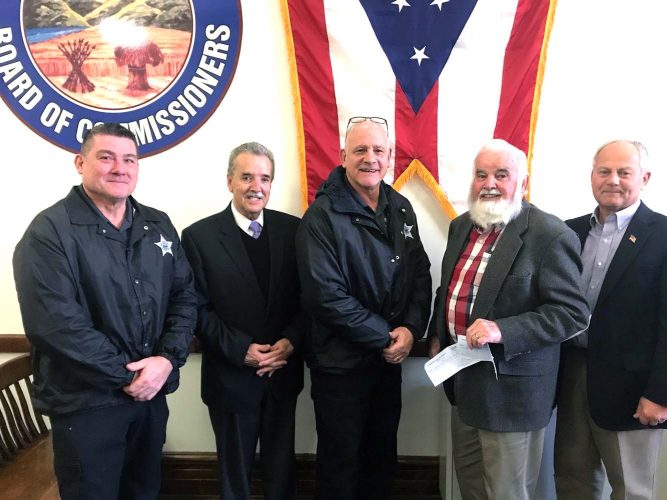 Man who led deputy on vehicular chase in Dungannon sentenced

Crime imposes hefty tax on those who can least afford it