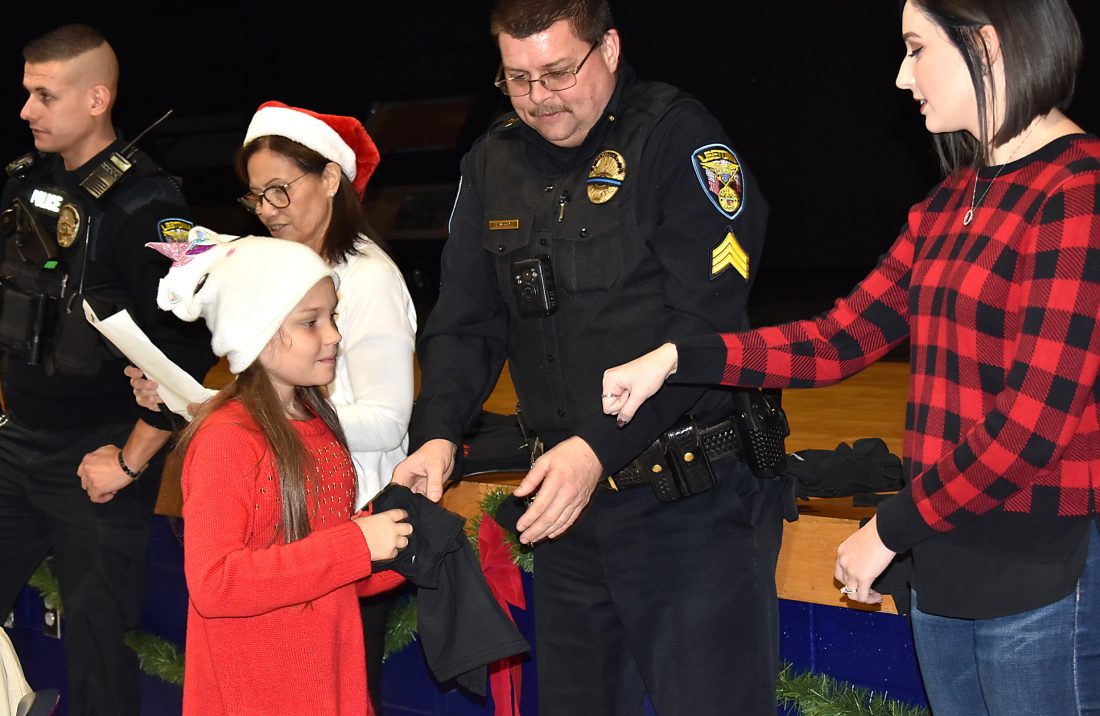 LEETONIA–Make good decisions, don’t do drugs and be safe — that’s the message Sgt. John Hancock delivered to Leetonia fifth-graders over the past few months and during their D.A.R.E. graduation ceremony Wednesday.

As the longtime Drug Abuse Resistance Education (D.A.R.E.) instructor at the school, the Leetonia officer said the curriculum has changed three times since he started, but he likes the current setup because the students are more involved. Instead of just being lectured to, they’re presented with scenarios and they have to make a decision on what to do.

He’s told them “there are no wrong answers, it’s just how you would react.”

Marijuana is no longer part of the curriculum and vaping and methamphetamines aren’t included, either, but Hancock said he does talk about vaping to the students and they ask a lot of questions, including about meth, and he answers them.

“We talk about bullying, too,” he said.

The program started in September and ended in November. Some of the topics included over-the-counter medications and prescription drugs, and they still talk about alcohol and tobacco, too.

Leetonia Acting Superintendent and High School Principal Troy Radinsky congratulated the students and urged them to remember everything they’ve been taught. He called the D.A.R.E. program “simply outstanding.”

“These are lessons that can last a lifetime,” Radinsky said.

Columbiana County Drug Task Force Director Brian McLaughlin served as guest speaker for the graduation and stressed the need for good choices, telling the students that what they decide to do today affects them tomorrow.

He explained that the DTF deals with drugs every day and “what you have to understand with drugs, it’s a very slippery slope once you start.”

Drugs affect both body and mind and use of the harder drugs, like heroin, usually start with something else. He relayed how one addict told him he started at age 12 with marijuana, then at 14 he was doing cocaine and by 18 he was using heroin. A gram is about the size of a sugar packet. With a lot of people, they start out with pills, then go to heroin. He said every pill can be a problem if not taken the way it’s supposed to be taken.

Hancock said the best decision is not to start.

Each student received a D.A.R.E. T-shirt and got treated to a donut bar where they could pick their own toppings. Fifth grade teachers Cleone Smith and Lauran Woolley assisted with the ceremony, which was also attended by Leetonia Police Chief Allen Haueter and Leetonia School Resource Officer Alan Shaffer. Leetonia K-6 counselor Jenna Rydarowicz also helped set up a group photo of the students wearing their shirts.

Dispute: Use LEADS or 911data base for COVID-19 virus info

SALEM — St. Paul School personnel will meet with parents of students via Zoom today for an information session ... 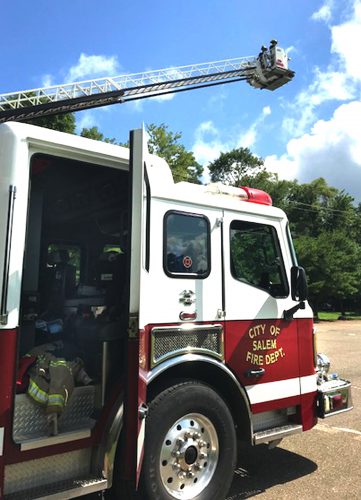 County electronics drop-off event will be by appointment only

LISBON — The annual electronics drop-off event for Columbiana County residents will be conducted entirely by ...

Dispute: Use LEADS or 911data base for COVID-19 virus info

County electronics drop-off event will be by appointment only