EAST PALESTINE- When the village implemented new valves and flow meters that went online in the middle of 2019, the hope was to decrease the amount of unaccounted-for water (UFW). However, as Councilman Alan Cohen pointed out at the recent village council meeting, the amount of UFW has gone up the past few months.

“That’s millions and millions of gallons of water that we don’t know where it’s going,” Cohen said.

The 41 percent of UFW in December was the second highest mark on the year, as 46 percent of water was UFW in March. Although a few months yielded significant percentages, nine months out of the year had less than 34 percent of UFW.

Traci Thompson added that part of the reason for so much UFW in December was due to several water leaks around the village, including a substantial leak.

“I understand that leaks are a factor in what we are looking at,” Cohen said. “But you’ve got six million gallons of unaccounted water in just one month and that’s a lot.”

Council was waiting to see what the effect would be of getting the new water meters online, but the reverse effect caught Cohen’s attention while looking at the village’s water report.

Village Manager Mark McTrustry said that the issue is not a small one, but the village received good news to perhaps counter the problem. He announced that the village was approved for community block grants, and one of them is a critical infrastructure grant.

“It would behoove us to look further into that, to apply for the grant, and see if we can drastically deal with the unaccounted water,” McTrustry said. “That number concerns me.”

Cohen said that council has continued to kick this issue down the road for as long as he’s been on council because they assumed once the upgrades were online it would straighten out.

Councilman Doug Simpson, who is the utility committee chairman, is concerned with the situation as well but admitted that it could be worse. He informed council while the national goal for villages and cities is to be around 20 percent, the reality is that the national average is around 35-40 percent of water that is UFW.

“I concur with Alan on the unaccounted for water,” Simpson said. “I understand that we have some major leaks, but I think we need to take a closer look at this and see if we can tighten it up a bit.”

While Simpson feels that it should not be ignored, the next step in addressing the problem is through the water lines.

“I think if you look at it from the standpoint of what we’re metering versus what we’re producing, that’s where you’re going to find it all, in the ground,” Simpson said. “In order to do that you’re talking about a multi-million dollar project, and I don’t know if we can go there right now.”

Simpson said that it is going to be an ongoing issue and every utility in America has the same problem. According to him, there will never be a perfect system. Council will move forward and discuss possibilities to resolve the situation. 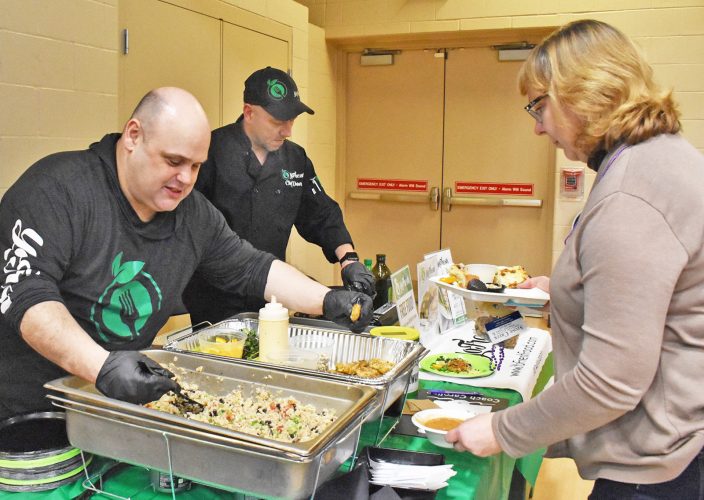