End of an era at Mount Union 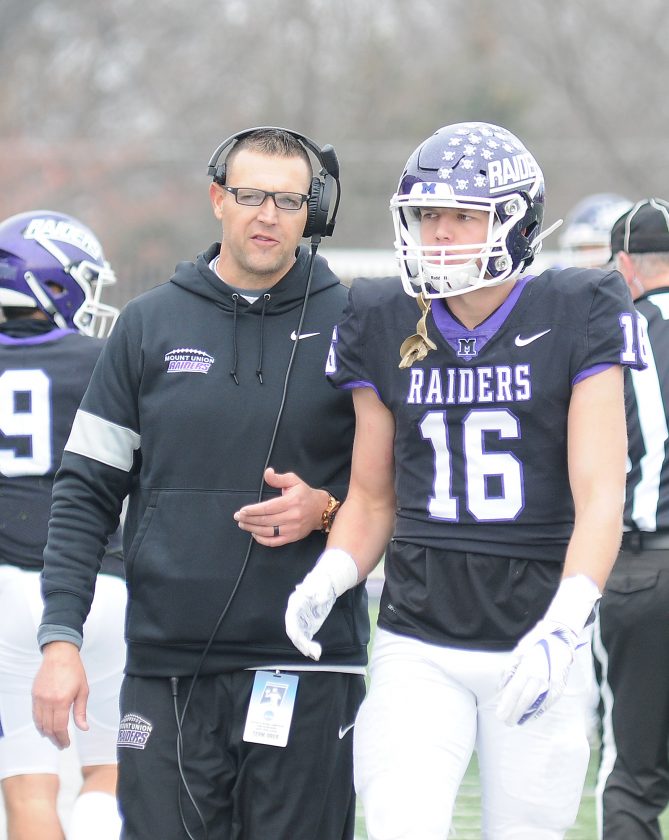 ALLIANCE — A Kehres family member has been a given on the Mount Union football sidelines for decades.

Now, the Purple Raiders will have to adjust to a new reality.

In a stunning move on Monday, Mount Union head football coach Vince Kehres, 43, accepted a defensive assistant position with the the University of Toledo.

The Toledo Blade reported that he will join West Branch High School graduate Jason Candle’s staff as either an assistant head coach and linebackers coach or a defensive coordinator.

On top of that, longtime Cleveland Plain Dealer writer Terry Pluto reported that athletic director and Purple Raider icon Larry Kehres will take a buyout and retire in June.

Prior to becoming head coach, he spent 13 seasons as an assistant football coach and eight as Mount Union’s defensive coordinator.

College Football Hall of Famer Larry Kehres is in his 46th year working for Mount Union and has been the director of athletics since 1985. In 27 years as head football coach, Larry Kehres went 332-24-3 with 11 NCAA Div. III national championships.

In the coming the days, Mount Union will begin the process of searching for a new head football coach. The institution expects to get the search underway promptly in order to ensure a smooth transition and continue its tradition of excellence.