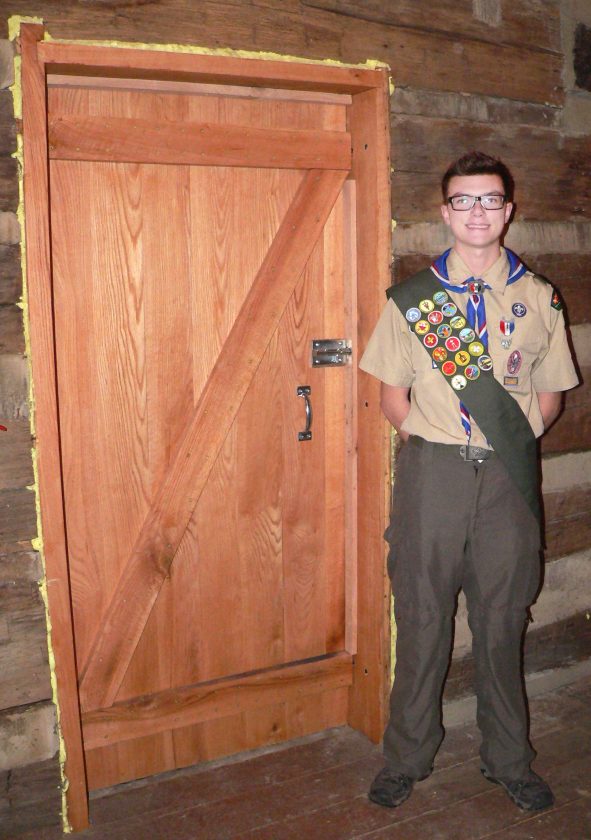 Aiden Hammer, a member of Boy Scout Troop 8 of Greenford and North Lima, renovated the log cabin behind the Greenford Library as his Eagle Scout project. He is shown with a new door his installed among many other renovations. (Salem News photo by Kevin Howell)

Aiden Hammer, a member of Boy Scout Troop 8 of Greenford and North Lima, renovated the log cabin behind the Greenford Library as his Eagle Scout project. He is shown with a new door his installed among many other renovations. (Salem News photo by Kevin Howell)

The west side of the cabin that shows the new door. (Salem News photo by Kevin Howell)

Salem Junior Mothers’ Club with be holding a “Love You to the Moon and Back” themed Father- Daughter dance from 6 to 8 p.m. March 14 at First Friends Church. Shown are Father-Daughter tandems Wes and Mya Anderson (back) and Abby and Doug Knickerbocker. (Photo courtesy of Joseph Lynn Photography)

GREENFORD — A local Boy Scout has renovated a historic cabin in town.

Aiden Hammer, a member of Boy Scout Troop 8 of Greenford and North Lima, renovated the log cabin behind the Greenford Library as his Eagle Scout project.

According to Aiden’s research, cabin used to be a square, two-story building located on Less Hill on state Route 165 just east of town. There was a fire and the logs were saved, but a lot of them rotted while in storage. The now defunct Troop 116 took what was left of the logs and built the current cabin in the 1970s.

The cabin was ultimately turned over to the township and was being used by the Scouts for meetings until it fell into disrepair.

The renovations include replacing the door and frame on the west side of the building as well as rotted section of logs, repairing the chinking between the logs in the same style as the previous renovation, refurbishing the wooden bench on the porch, installing benches around a campfire on the south side. Aiden committed 230 hours of labor plus countless hours of research over approximately a year and half to finish the project, which he completed in November. He also raised approximately $3,500 in donations for the project. 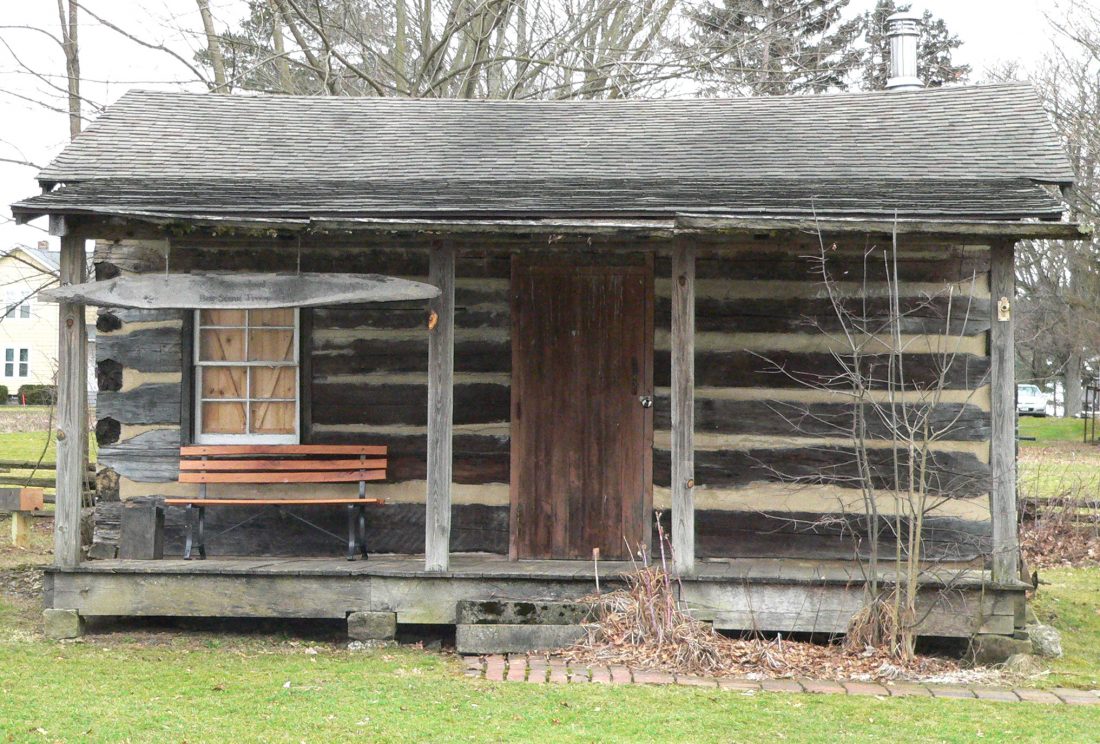 “I didn’t realize how big a project it would be, but I did it,” Aiden said. “And I’m pleased to be able to make something that the community can benefit from.”

A Scout since the first or second grade, Aiden said he developed the idea for the project after spending the night in the cabin when former troop leader Kurt Hilderbrand had the troop stay there before one Memorial Day a couple years ago.

“He brought the scouts together to prepare for the parade the next morning and then we walked up to the Greenford Christian Church where the parade starts,” Aiden explained. “I saw the state of the cabin and wanted to do something about it.”

He went home and told his parents what he wanted to do and they were shocked– Aiden not only had no previous woodworking experience, but he had not even showed an interest.

Aiden had a lot of help from the community on the project: the logs– up to 3 feet around and 25 feet long of red oak– came from the Janet Yeagley home; they were cut at the Bob Hively Sawmill in Greenford; township trustees allowed the project; the Ruritans supported it; and fellow troop members and multiple community members helped in the labor. 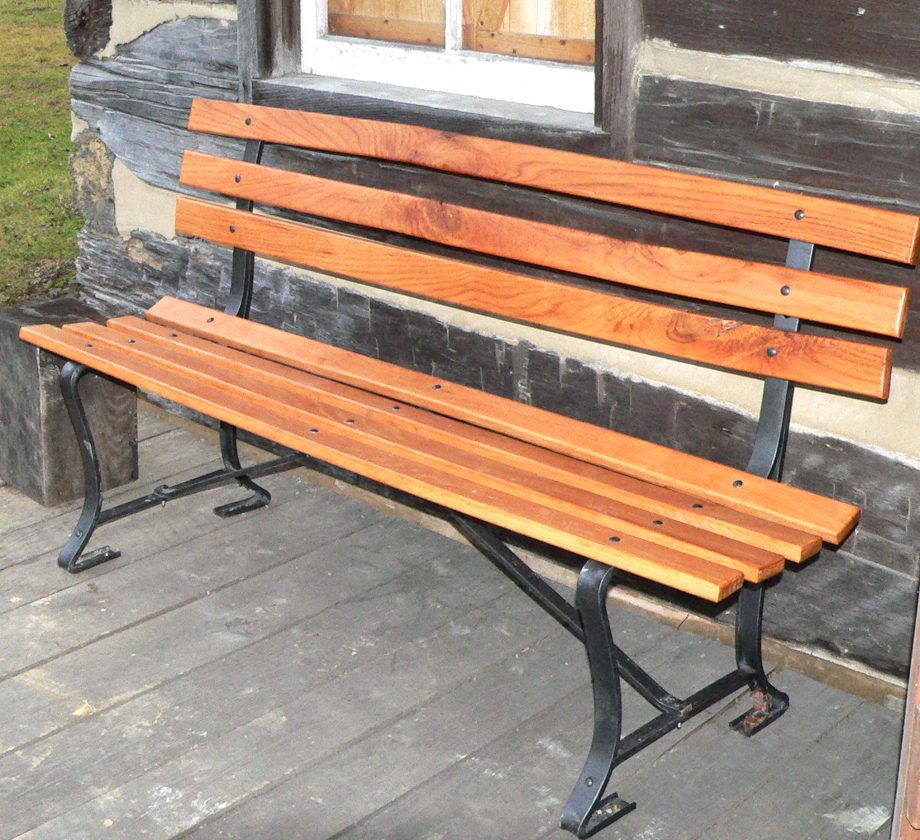 All of it under Aiden’s direction.

“I’m still a little overwhelmed by the whole project,” Aiden said, noting he had the opportunity to learn a lot of skills and experience work he would not have had under normal circumstances, particularly the sawmill, but most importantly learned how to plan and organize a project.

And he also had an opportunity to make an impact in his community.

“You develop a sense of pride in doing something for the community,” Aiden said of the Eagle Scout project.

Township Trustee Chairman Mark Stepuk said he is proud of the work Aiden has accomplished. 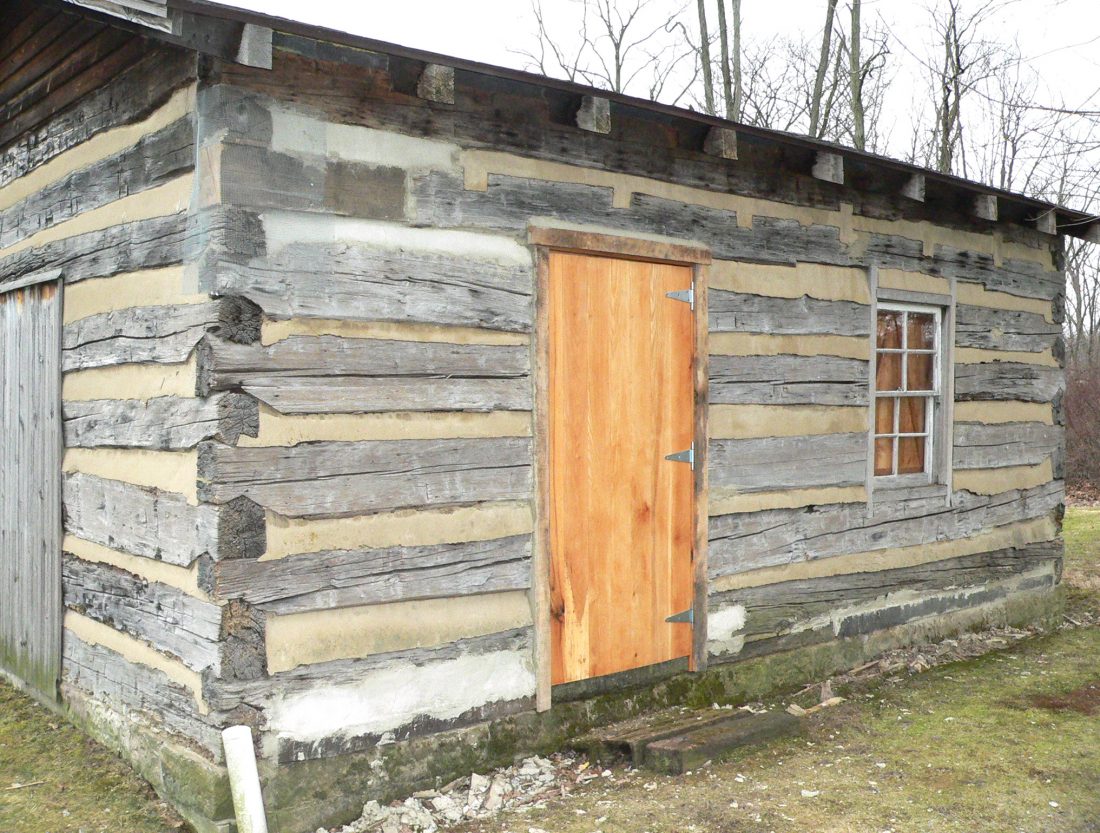 The west side of the cabin that shows the new door. (Salem News photo by Kevin Howell)

“He did an excellent job getting the cabin back to working condition and ready to be used by the Boy Scouts again,” he said, saying the Scouts will use the cabin for meetings after several years of not being able to do so.

Aiden is in the process of getting a plaque to display the names of donors, volunteers and supporters; and has another plaque with a brief history of the cabin that will also be displayed.

A senior at South Range High School and member of the Order of the Arrow, Aiden is the son of Eric and Tonya Hammer of Greenford. He will attend Youngstown State University to earn a master’s degree in mechanical engineering and wants to eventually work at SpaceX. 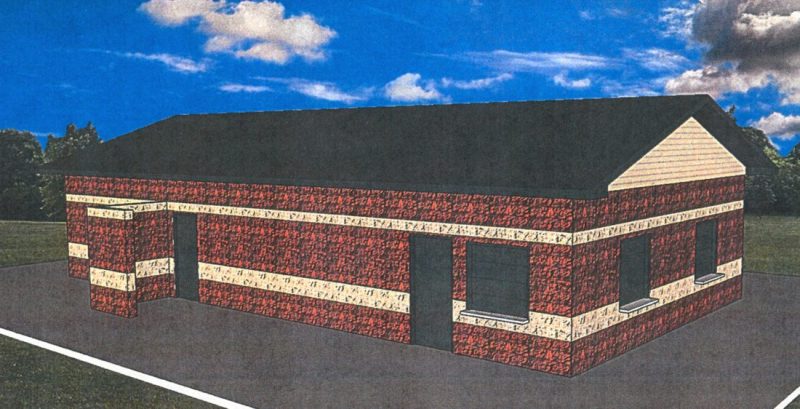