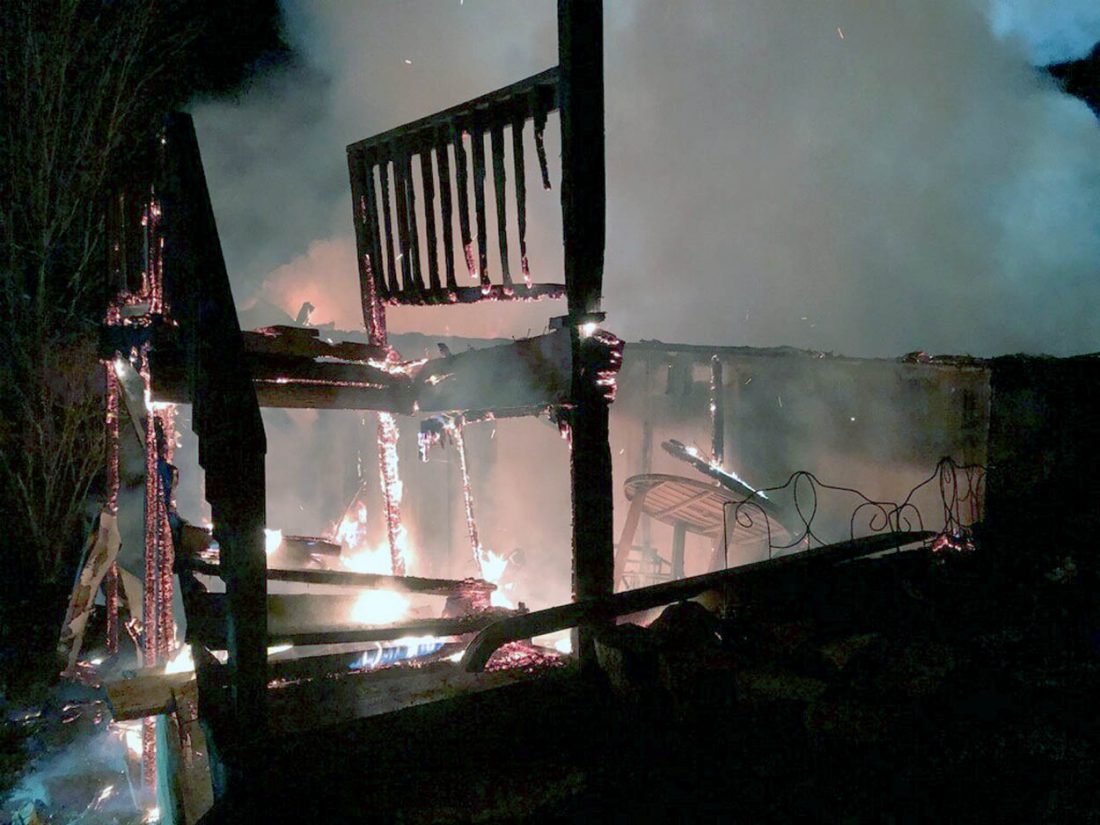 The Brown family provided this photo of an explosion and fire that destroyed their home early Wednesday. (Special to the News/WKBN First News)

A mother and her two adult children escaped with their lives after an early morning explosion Wednesday set fire to their state Route 518 home.

.West Point Fire Chief Wayne Chamberlain said they were called at 3 a.m. about a fire at the home of Laura Brown, 40555 state Route 518.

Brown could not sleep and was outside working in her greenhouse when she heard an explosion and then saw that her house was on fire. Brown ran to the house to get her two children, ages 20 and 21, and they escaped without injury. Two of the three dogs also made it out, but one perished in the fire.

The home was heated by an underground propane tank, and Chamberlain suspects there must have been a line leak within the house. The resulting explosion blew off the overhead garage door and the upstairs patio door as well.

He said they were only able to get the fire under control after turning off the propane.

“I don’t know what else could have caused that kind of an explosion,” he said.

The home was destroyed but is insured.

LISBON — Although Columbiana County Department of Job and Family Services is not open to the public during this ...

University of Pittsburgh scientists believe they have developed COVID-19 vaccine

PITTSBURGH — UPMC physicians announced Thursday that the center has developed a COVID-19 vaccine that is on a ...

Elkton inmate may be 3rd virus victim in county

LISBON An FCI-Elkton prison inmate may have become the third death in Columbiana County due to the ... 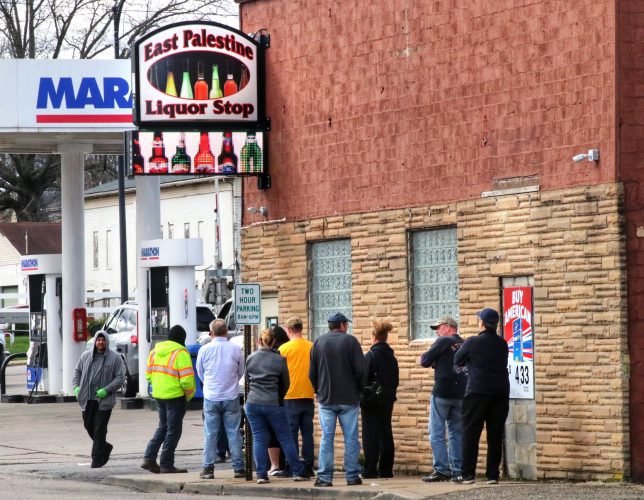 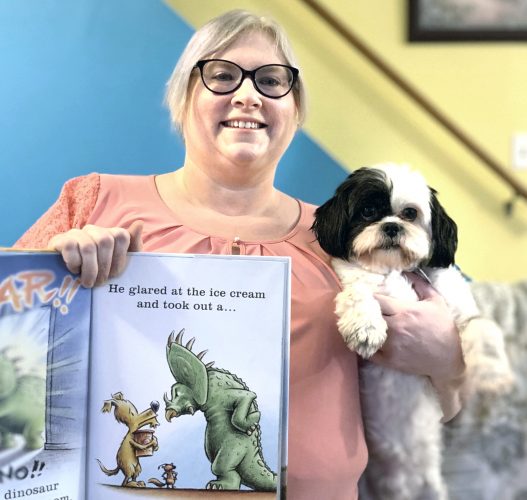