LISBON — Mayor Peter Wilson is among the growing chorus of local officials asking that disinfecting and sanitary wet wipes be tossed into the trash can instead of the toilet.

The popular wipes are likely being used every day by millions of people to wipe down surfaces and clean their hands as the nation grapples with the coronavirus crisis. Some may be used in place of toilet paper due to the toilet paper shortage.

The problem is many are being flushed down the toilet, causing problems for municipal sewage systems like Lisbon.

“The water/sewer department told me people were flushing them down the toilet and it was causing issues and could cause major issues in the future,” Wilson said.

Village utilities director Chris Peterson asked Wilson to go public with their concerns. “It was something we were noticing at the lift (pump) station. What it will do is accumulate and until it clogs up our pumps and they shutdown and burn up,” he said. A new pump costs $2,200.

While some of the manufacturers say their wipes are flushable, Peterson said that is not true. Most wipes are made from plastic and synthetic cellulosic fibers, some of which may be biodegradable but not for a long time.

“These wipes are strong enough that when they try to go through a grinder pump they just won’t make it. They’re almost like a cloth,” he said.

The last time the village made a similar request was several years ago, when clothing, blankets, towels and such were being found in the system, which officials believed was coming from the mental health housing complexes in the Saltwell Road area.

“You’d be amazed what you will see in the sewer. Sometimes you just scratch your head and wonder how did that get there,” Peterson said.

Peterson said everyone needs to keep it simple.

“The only thing you should flush down the toilet is toilet paper and human waste. After that, anything else can start to cause problems,” he said.

Wilson is willing to give his constituents the benefit of the doubt because of living with the coronavirus hanging like a cloud over their head.

“I was surprised but I understand it’s stressful. People are under a lot of stress, and sometimes they just don’t think,” he said. 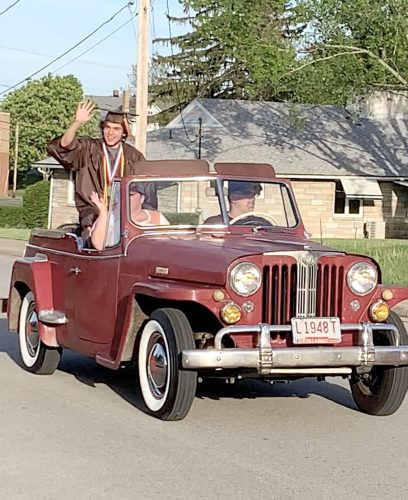