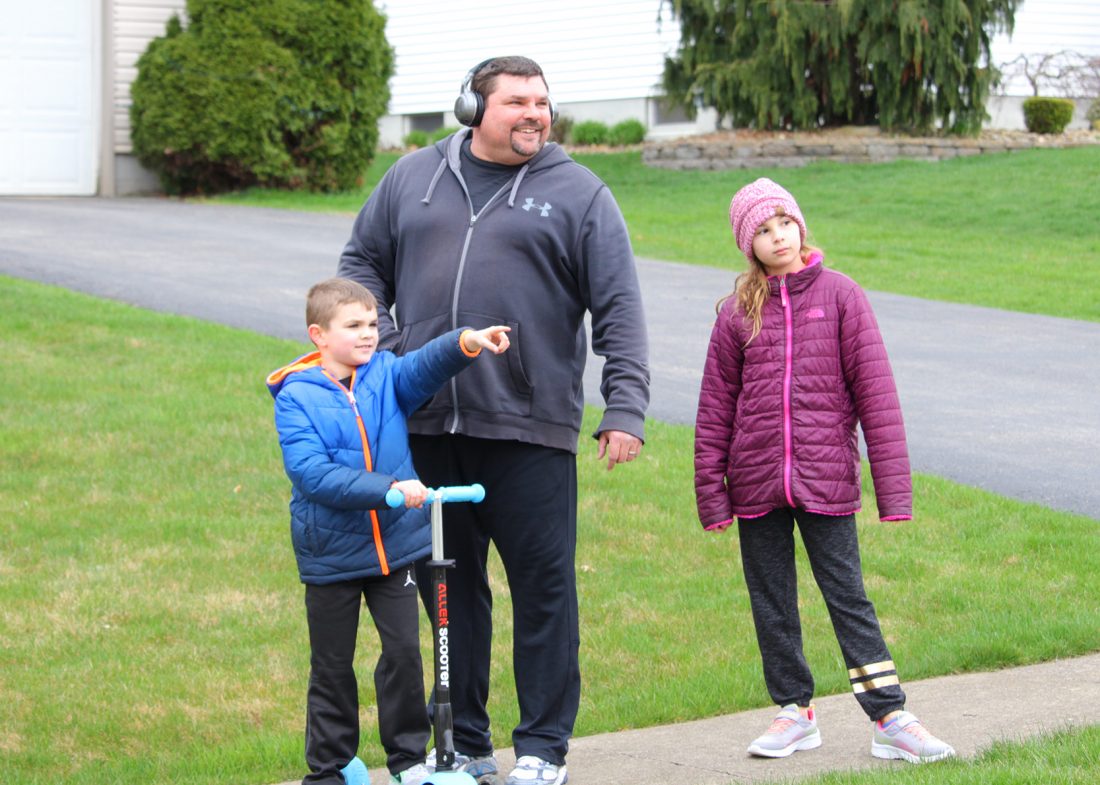 Resident Roger Humberson accompanies his children, Josh and Ally, as they search for bears on Apache Lane in Columbiana on Tuesday. Residents all over the country have placed bears in their windows to play a part in “We’re Going on a Bear Hunt” for children. (Salem News photos by Scott Lendak)

COLUMBIANA — With the COVID-19 pandemic negatively affecting many aspects of everyday life, residents of various communities have figured out creative ways to keep children active and keep spirits up.

Although it’s easy to be discouraged during times of isolation and distancing, a Facebook group has encouraged a scavenger hunt event, where residents place out bears in their windows for kids to find as many as they can. The Facebook group is called “We’re Going on a Bear Hunt.” Participants from all over the country have put out stuffed bears and paper bears for the kids to find.

During a time of division, Mayor Bryan Blakeman thinks it’s a great idea, as many Columbiana residents have come together to participate. “It’s a good way for kids to get outside instead of being in the house right now,” Blakeman said. “Even if they can’t be playing with their friends, it’s a way for them to be with their families, walking together and doing something fun. Blakeman said he has displayed bears at his house and has also noticed other signs of optimism in his neighborhood. On the sidewalks, Blakeman saw chalk drawings with messages of “hope,” “be kind,” and “love.” 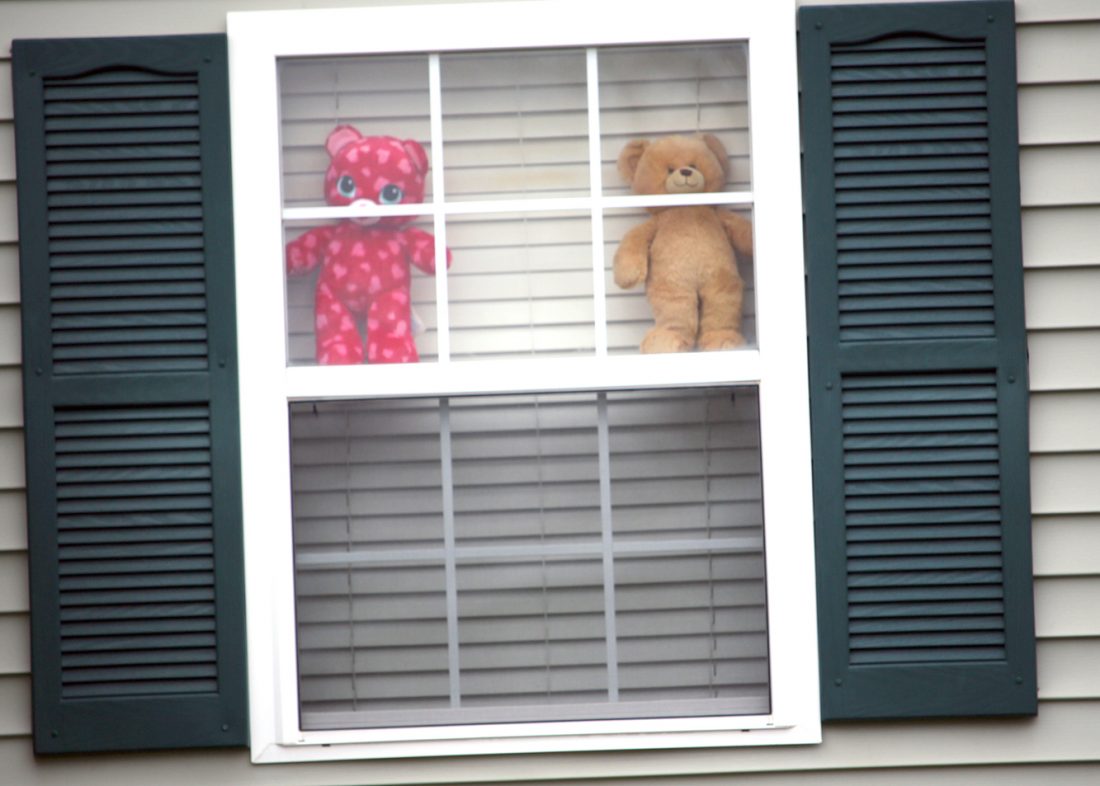 First, while the pandemic has created physical separation, he believes it has given the community a chance to come together. “This reminds me a lot of the emotional feeling after 9/11,” Blakeman said. “I remember feeling unity days after 9/11. I do think that this will bring people together, and we will get through this.”

With all of the negative impact that the virus has brought through death and financial hardship, Blakeman has had an optimistic output.

“For all of the bad we’re going through, I think there will be some serious positive repercussions as well,” Blakeman said. “Families are spending time together, eating dinner together, playing board games. Maybe this has given us a reminder that there’s more to life than constant connection.”

“We’re Going on a Bear Hunt” is just one example of how the community is trying to counter the virus through positivity, and Blakeman said he expects the city to continue to come up with creative ways to stay active while ensuring social distancing.

Resident Roger Humberson accompanies his children, Josh and Ally, as they search for bears on Apache Lane in Columbiana on Tuesday. Residents all over the country have placed bears in their windows to play a part in “We’re Going on a Bear Hunt” for children. (Salem News photos by Scott Lendak)

Art goes online Left, artist Sheri Liebschner poses with one of her recent works. She is instructing free art classes online, after her efforts had been temporarily shuttered in person by the coronavirus quarantine. A recent piece by Liebschner shows off the riverside glory of the East Liverpool landscape. (Submitted photos)

A herd of goats walk the quiet streets in Llandudno, north Wales, Tuesday March 31, 2020. A group of goats have been spotted walking around the deserted streets of the seaside town during the nationwide lockdown due to the coronavirus. (Pete Byrne/PA via AP)

Leetonia schools projected in the black

LEETONIA – The Leetonia school board Tuesday night approved a five-year financial forecast that shows a positive ...

LISBON — Getting Center and Elkrun townships to join with the village in the routine purchase of six sets of ...

SALEM — City service workers have enough projects to handle in the summer without having to cut people’s lawns, ...