LISBON — COVID-19 has claimed the lives of three additional Columbiana County residents, including two women from a long-term care facility, bringing the total death toll from the virus to 30 on Tuesday.

According to the Columbiana County Health Department, the two women were ages 88 and 91. A 77-year-old man also died from complications of coronavirus.

The total number of cases in the county increased by 11 for a total of 292. There have now been 28 county residents from long-term care facilities test positive for coronavirus and 13 deaths from those facilities.

County Health Commissioner Wes Vins said from early on, nursing homes were recognized as a “very difficult environment” for social distancing. So many of the things that go into caring for residents in nursing home require close contact. Additionally, those people are the most vulnerable.

Vins said the health department has been working with the facilities, bringing additional resources to help the staff and residents to help reduce the spread of the disease. Public information officer Laura Fauss added that the state of Ohio has been providing long-term care facilities with a lot of additional guidance to try to protect their residents from an outbreak.

“Everybody takes that very seriously,” Vins said, adding all the partners around the county have been working to try to minimize the impact on the facilities.

Even in the case of individual families, Vins said he knows cases where they are doing everything right, but somehow the virus still ends up infecting one person leading to everyone in the house testing positive.

“This is a very infectious, very contagious virus and we need to be vigilant whenever we go into the public, when we do the things we used to normally do,” Vins said, adding that includes when we go to the stores and at work.

Beside long-term care facilities, another area of high concern in Columbiana County has been the federal prison in Elkton, which on Tuesday announced an 11-case increase in the number of inmates currently positive for the virus to bring the total to 99. The FCI-Elkton prison began increasing its testing of the roughly 2,450 inmate population on Thursday.

Additionally, there are still 49 staff members currently positive for COVID-19 and there have been seven inmates die from complications caused by the virus.

Numbers released by the Ohio Department of Health on Tuesday show a total of 20,969 accumulative positive and non-confirmed coronavirus cases combined across the state. The virus has been blamed for 1,135 deaths and 3,956 hospitalizations.

At Gov. Mike DeWine’s press conference on Tuesday it was reported beyond the toll of human life from the coronavirus is the damage it has done to the state’s budget. Despite being ahead prior to the outbreak, DeWine reported the budget is currently more than $775 million short and proposed cuts to state spending primarily in the areas of education and Medicaid. 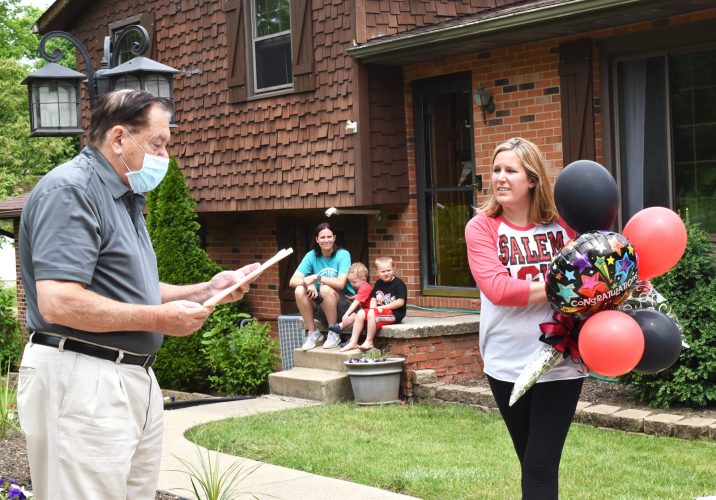