LISBON — Columbiana County commissioners approved the vacation of a portion of Foxden Drive in Perry Township on Wednesday, which in effect stops a nearby development from utilizing it as an access road.

Before voting, Commissioner Tim Weigle said he took time to look through plans for the proposed development, which was for nine condominiums. Weigle noted that could mean two or three more cars on Golf Club Drive and Foxden Drive per condominium home and questioned developer Chuck Beiling whether or not it had been before the county planning commission.

Beiling said he was not to that point yet and the homes are proposed to be senior rental condominiums, which usually mean one vehicle per household. However, he did note there would be golf carts available for the residents to ride down to the country club if they chose. He suggested these are quality rentals and in other similar places he had developed, they are not the type of people having wild parties or needing the sheriff called there often.

“They’re quality people who required or are entitled to quality living,” Beiling said.

Additionally, Weigle asked Beiling whether he had the proper permits from the EPA and the Soil and Water Conservation District before he cleared the land behind the homes on Foxden Drive.

Beiling said he hires a company to do the land clearing and he told him he has everything under control. However, Beiling said he has gotten one permit from the EPA, but admitted he is waiting for a couple of other permits from the Ohio EPA for projects and the man he works with said he has not been in his office since the first of February.

Weigle pointed out the property was cleared, and commissioners received photos of erosion issues going from that area into the drainage system of a nearby home. Soil and Water indicated they have been trying to work with Beiling to clear it up by to no avail.

Beiling said when the planning commission sees the plans there will be retention ponds on the property.

Weigle continued even with the approval of the road vacation, Beiling will not be stopped from building his condominiums. Beiling said it will stop his plans coming in from that direction, but his plan of having a quality road with curbs and gutters connecting to Foxden Drive and

ultimately connecting back out onto state Route 45, which would give people another access. While it may take four or five years to reach that point, Beiling said that would give even the people of Foxden Drive a better road to get in and out than Golf Club Drive.

Additionally, Beiling suggested along state Route 45, they were looking at having a fast food restaurant built.

“I think the street should come in off of Route 45 and I think the traffic flow coming to Foxden Drive is going to be excessive,” Weigle said. “Who knows how long it is going to be before the rest of that is completed.”

Beiling claimed when the property was purchased during a sheriff’s sale, the whole area was slated for condominiums.

“The reality is there’s a lot of folks who spent a lot of money building homes on Foxden Drive, who don’t necessarily want what is going on up there now,” Commissioner Mike Halleck said, adding he had not yet heard about the commercial idea on state Route 45 and how that would affect them also.

The commissioners voted unanimously to vacate the street, leaving Beiling to question how soon that takes effect. He wanted to know if he could go up there today and still access his property from Foxden Drive. The steps to completing the vacation of a street were explained and Weigle said it would probably be done in two to five days.

In another matters, commissioners approved Allen Cottrill to receive the 2019 Volunteer of the Year Award from the county EMA. 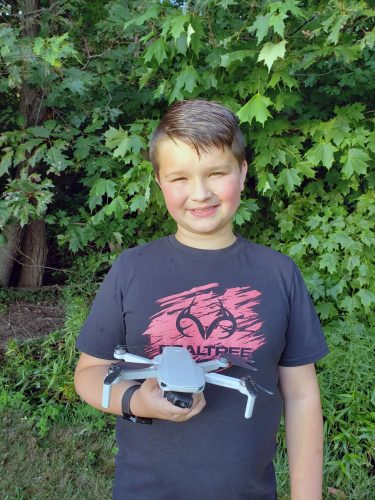