WINONA–The Winona Memorial Day Remembrance Program and Parade will be held at 3 p.m. Sunday at the Glenn Bennett Playground. This year’s featured speaker will be former USAF Captain David Gilliss. Flying his RF-4C aircraft from Thailand, he completed 205 combat missions while logging nearly 500 hours of actual combat time in the air. He was awarded 14 Air Medals as well as the Distinguished Flying Cross for his actions.

Participants in the parade will meet at 2 p.m. at Hall Park and then proceed to the playground. If inclement weather occurs, the remembrance will be held at the Winona United Methodist Church next to the playground. An ice cream social hosted by the church will follow the event. The Winona Historical Museum will be open one hour before and after the event.

SALEM— The Salem Historical Society is offering a special Underground Railroad tour on the Quakertown Trolley at ...

ANGOLA, Ind. – The Trine University Drama Club has announced the cast for its upcoming production of “The 25th ...

ATHENS – Ohio University has announced the students named to the dean’s list for the 2019 Fall semester. To ... 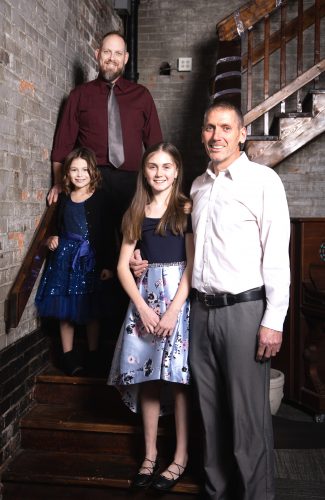