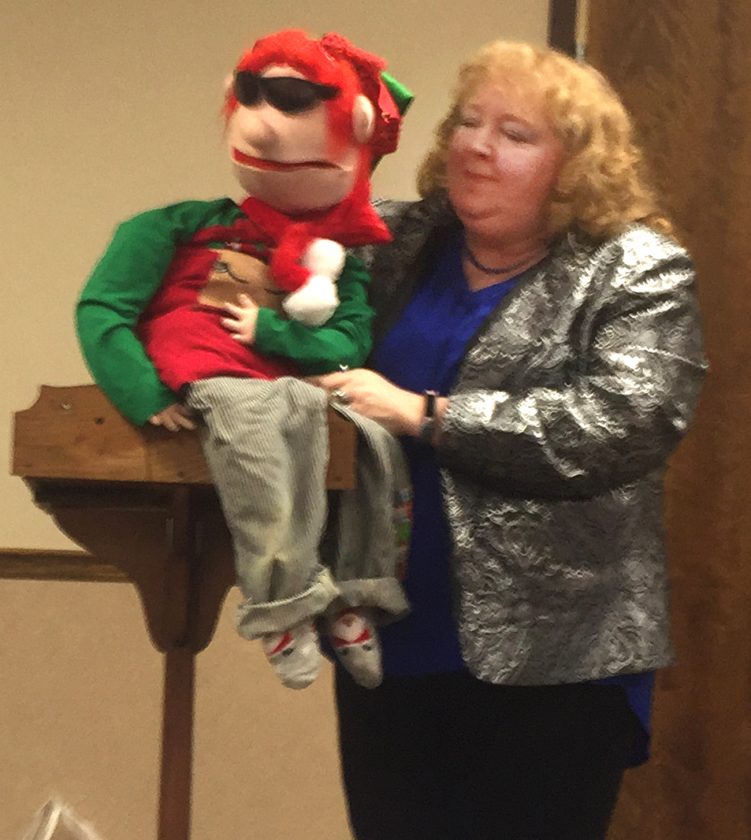 SALEM–The Evening R-Weigh group met Nov. 25 at the First Friends Church, with the meeting being called to order by Rosemarie Martinez. Jeanne Munnell led the group with the R-Weigh prayer and the Pledge of Allegiance to the Flag. Jane Shaffer chose the song “Grace.” Ruth Miller prayed for family and friends. Patty Pim gave the treasurer’s report and told a joke.

Peggy Kurtz inspiration was on “Am I a Compulsive Eater?” “Yes, it seems once we get started there is no stopping us. We can’t eat just one! But when you do get off track, get right back on the next meal. It is not easy, just pick yourself up, brush yourself off and start all over again. We only fail when we give up trying. We are all in the same boat. We need to keep on paddling. I want to, I can, I will.”

Linda Lude shared about a new tortilla wrap. It is call Extreme Wellness, High Fiber and Carb Lean. It has 50 calories, 5 grams of protein 15 grams of carbs and 11grans if fiber.

There were 28 members that weighed in with a total of 19.5 pounds lost for the week. The Good Loser in Group 1 was Lois Wood. Honorable mention was Donna Greenamyer and Rhonda Moffett. Good Loser in Group 2 went to Jane Shaffer with Chris Learn as runner up. Honorable mention was Judy Smith. Goalie Good Loser for the week was Lisa Smith with Linda Lude as runner up. Losing four weeks in a row was Peggy Kurtz and Ruth Ann Hall.

Calorie Chart Winners were Cathy Schafer, Jane Shaffer and Judy Smith. Goalie calorie chart winners were Jessie Rea and Linda Lude. Joan Schafer was the winner in the regular Can Do Contest so it will be $2 next week. The winner in the Goalie Can Do contest was Ruth Miller.

It was payday and the winners in Group 1 were Patty Pim and Lois Wood, Group 2 winners were Chris Learn and Jane Shaffer. Goalies for the month were Janel Anderson, Rita Cecil, Lisa Smith, Peggy Kurtz, Linda Lude, Ruth Miller, Nancy Stryffeler and Eugenia Tullis. Good loser for the month in Group 1 was Patty Pim and in Group 2 was Chris Learn. There were no good goalie losers.

Birdie Reinhart is collecting money for Operation Blessing until Dec. 16. The club will be matching the girls’ donations.

Starting Dec. 9 the group will meet in the chapel until around March 1. There will be no meeting Dec. 23 or 30. Meetings will resume Jan. 6.

There was a $5 gift exchange with names called to choose a gift. Gifts were given to Linda Lude and Rosemarie Martinez as co-leaders. Members were entertained by “Wilbur” and Judy Smith.

Starting Dec. 9 the group will meet in the chapel until around March 1. There will be no meeting Dec. 23 or 30. Meetings will resume Jan. 6.

New members are welcome, weigh-ins are from 4:45 to 5:45 p.m. with the meeting starting from 6 to 7 p.m. on Monday evenings at the First Friends Church on Jennings Avenue.

ALLIANCE – The following students have been named to the Dean’s List for the fall 2019 semester at the ...