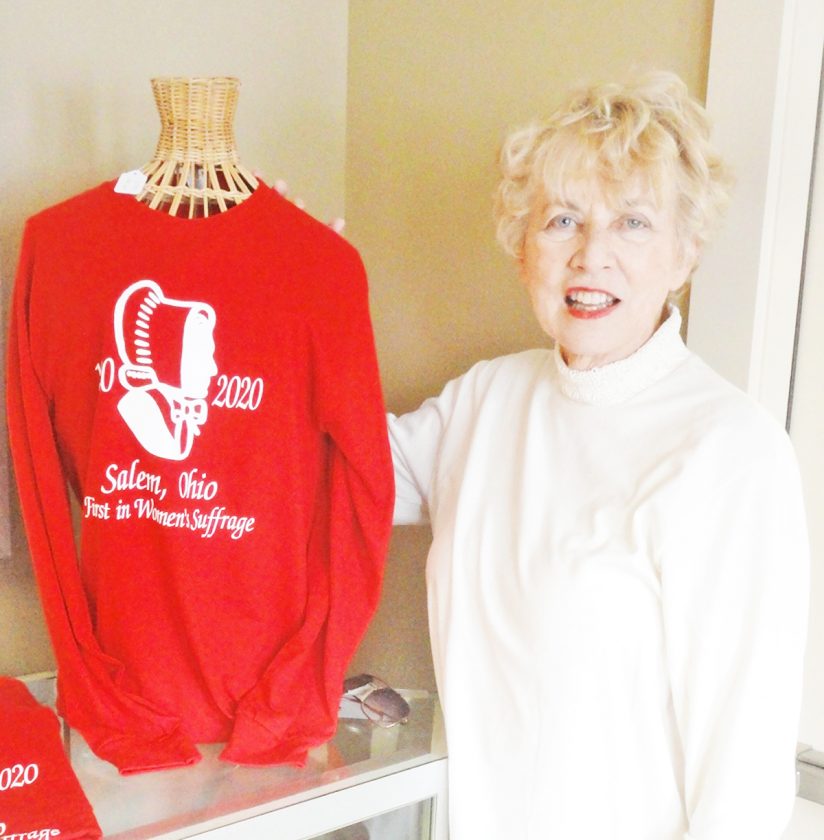 The Salem Historical Society gift shop, located at 239 S. Lundy Ave., will be open from 10 a.m. to 1 p.m. Saturday for Salem’s Second Saturday with the theme “New Year, New You.” Among the variety of local historical items available at the gift shop are 2020 calendars and T-shirts which deal with the 100th Anniversary of the passing of the 19th Amendment to the United States Constitution granting American women the right to vote, a right known as women’s suffrage when ratified on Aug. 18, 1920. This anniversary will be featured during the 2020 year nationwide. Shown, Mary Lou Adams highlights Salem’s involvement with the suffrage movement. (Submitted photo)