SALEM- The Afternoon R-Weigh group met Jan. 27 with eight regular members registering a loss of 9.5 pounds. There were also six goalies who weighed in. The good loser was Josephine Morris, runner up was Ellene Dole and honorable mention was given to Gloria Judy, Anna Kurtz, Evelyn Pete. No birthday awards were given.

On Feb. 3, the ladies weighed in and met with leader Jo Anne Bogdan. The treasurer’s report was given by Sylvia Eller who listed the members that paid dues and membership.  Evelyn Pete gave the weight report stating there were nine regular members with a 1 pound loss. Six goalies also weighed in. Good loser was Sandy McGarr, and no runner ups or honorable mention were given.

Calorie chart winners were Ellene Dole and Anna Kurtz, and goal winners Jo Anne Bogdan and Ann Foust. Can do winner for goal was Ann Foust and Sylvia Eller, while no regular members won can do, which increased to $6.

Jo Anne Bogdan gave some tips of weight loss. “First, set achievable goals that has the length of time to be obtained and with a set amount of weight. Second, list how you want to feel at when you reach your goal.”

The group met Feb. 10. The song, chosen by Evelyn Pete, was “Water Water Water.” Jo Anne Bogdan was absent but Treasurer Sylvia Eller filled in. Evelyn Pete gave the weight recordings. There were seven regular members with an 8.5 pound loss as well as seven goals.

of addicts with support meetings

WASHINGTONVILLE – Parents of adult addicted children are heavily impacted by the actions of their loved ones, as they struggle with hopelessness, depression, shame, anger and fear for their young adult’s future. The situation typically drains their resources – financially, emotionally and even health-wise.

Parents of Addicted Loved Ones (PAL) is a non-profit that comes alongside families to help. It provides education, peer support a structured curriculum at bi-weekly PAL meetings, learn how to deal with issues ranging from enabling to guilt, providing education, encouragement, and hope. They also have an opportunity to network with other parents struggling with the same issues for support and fellowship. The meeting lessons are designed to develop coping skills for family members so they can change their relationship with the addicted person, heal, and move forward with their own lives.

There are currently more than 150 PAL weekly groups across the country in 36 states using the evidence-based program. Thousands have been helped by PAL. Often, as parents learn to deal with their challenges in a healthy way, their children also begin dealing with their addiction in a healthier manner.

PAL meetings are being held locally at 7 p.m. the first and third Thursday of the month at: Robbins Memorial United Methodist Church, 100 High St.

SALEM- The Salem Music Study Club will meet at 7 p.m. Wednesday the Emmanuel Lutheran Church educational building, 251 S. Broadway Ave. There will be a brief meeting about old business and new business, followed by a program on opera presented by Anna Anderson. Refreshments will be served afterwards.

Supporting its exhibits and programming at Tyler History Center, this is the largest fundraiser of the year for MVHS. The catered event is styled to recreate a traditional Youngstown wedding reception and features a cookie baking competition for both amateurs and professionals, judged by a select panel of community figures. Stan Boney, longtime local TV journalist, will be the event emcee once again this year.

The cookie baking competition is now open for registration. Contact Cookie Contest Coordinator Traci Manning at 330-743-2589 or education@mahoninghistory.org for a registration form. The cookie categories are as follows: Best Cocktail Inspired Cookie, Best Use of a Unique Ingredient, Best Traditional Cookie, and Best Decorated Cookie. Cookies will be judged on overall impression, consistency and flavor. Each cookie baker will receive one complimentary event ticket and special recognition at the event. Bakers who do not wish to compete in judged categories are also invited to participate in this event.

A cash bar will be available and feature signature cocktails, in addition to other mixed drinks, wine and beer. Penguin City Brewing Company will be providing a new twist by producing a limited edition beer, based on one of the winning cookies from the 2019 event competition.

After the buffet dinner by Fusillo Catering, an ample dance floor will be opened up with musical entertainment provided by Grammy-winning Del Sinchak Orchestra. MVHS will also offer a 50/50 raffle, basket raffle and silent auction. Tickets will be $65 per person and available online at mahoninghistory.org/events or by calling Linda Kostka at 330-743-2589.

This event’s Title Sponsors are Stifel and The Waypoint Group at Morgan Stanley. Wedding Reception Level Sponsors are Rulli Bros. and WKBN-TV27.

SALEM – The Evening R-Weigh group met Feb. 10 at the Patty Hartman home. Andrea Lujan lead the R-Weigh prayer and the Pledge of Allegiance to the Flag. The group sang the song “I’m Looking over a Four Leaf Clover” chosen by Lisa Smith. Ruth Miller prayed for family and friends. Patty Pim gave the treasurer’s report and told a joke.

Peggy Kurtz’ inspiration was on “What is R-Weigh?” “We are a group of loving and caring ladies helping each other to reach their weight goal. We encourage each other in whatever areas they need help with. Galatians 6:9 “Says not become weary in doing food for at the proper time we will reap a harvest if we don’t give up. We don’t need a new diet, we need R-Weigh. The only way is to be committed to the group and to help each other on this journey. Keep a calorie chart don’t miss meetings. Take one day at a time was sung by Peggy Kurtz. I want to, I can, I will.”

New members are welcome and weigh-ins are from 4:45 to 5:45 p.m. with the meeting starting from 6 to 7 p.m. on Monday evenings at the First Friends Church on Jennings Avenue.

BELOIT- The West Branch Area Ladies Ruritan Club hosted the Zone 6 meeting Feb. 11 at Bethel United Church of Christ. Robin Mayer greeted everyone and then asked Viola Blanchard to lead in the “Pledge of Allegiance” and singing “God bless America.” A prayer was given by Mayer.

The dinner was made and served by the ladies of the church. There were 24 in attendance.

The Ohio District lieutenant governor was in charge of the discussions. The presidents gave the most successful things that their clubs accomplished and spoke on how to advertise what a Ruritan does and have others to want to help and join.

The next Zone 6 meeting will be Sept. 8 at Bunker Hill United Methodist Church.

The steak may be Sept. 22 at the Beloit Pavilion. 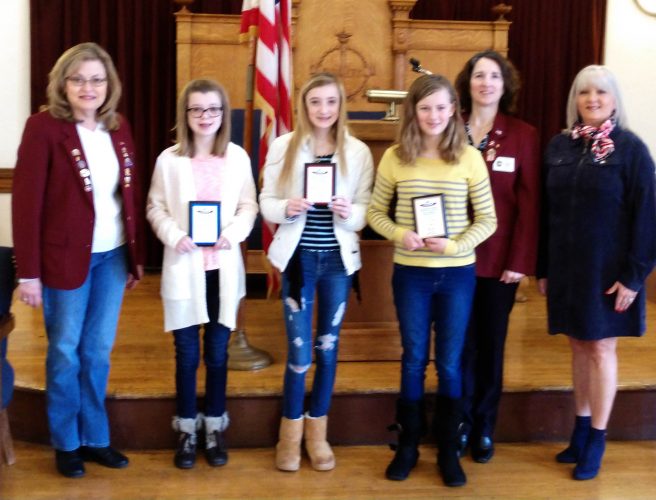 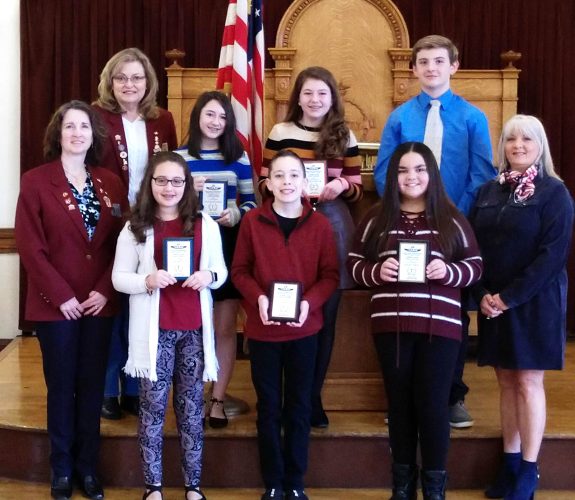 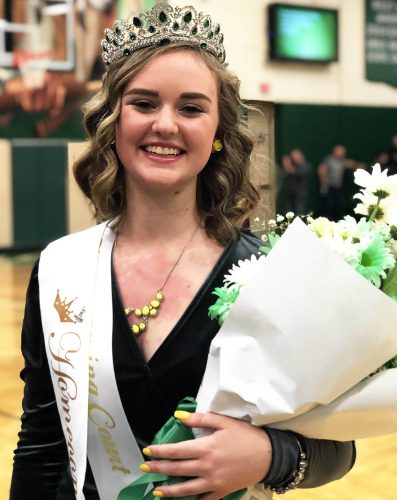