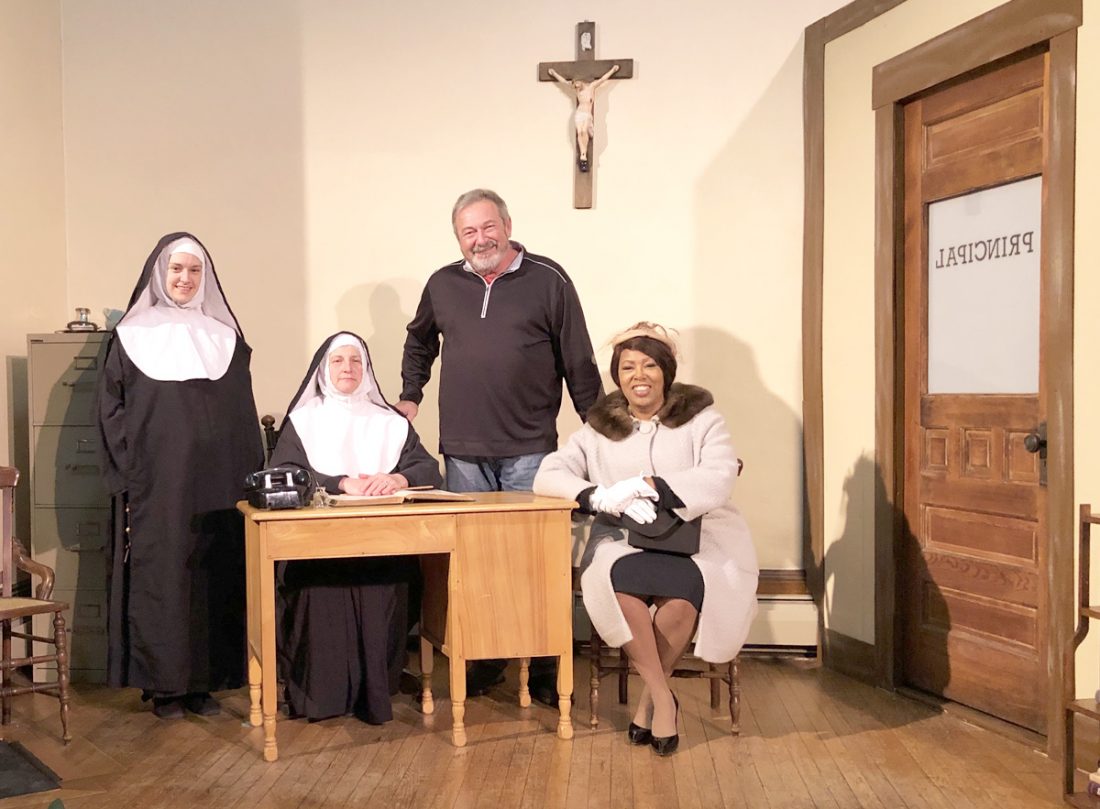 LEETONIA– The Rude Mechanicals Theater Company will present the Tony and Pulitzer Award-winning drama “Doubt — a parable” for two weekends beginning Friday in the chapel of St. Paul’s Lutheran Church at 29 Spruce St.

This riveting drama, directed by Mark Frost, features a cast of four excellent actors well known to local audiences– Pastor Kari Lankford, Rob Schmidt, Allyson Oyster and Kim Akins– and is set in a parochial school in 1964, a time of change and challenge.

Frost, who has directed numerous productions at various local theaters, said, “This cast and this location are a perfect combination for this gripping story, which is a departure for me from the usual musicals and comedies I’ve directed. It has been a joy working with these actors who have put so much time and effort into making this a tight and tense drama. I don’t doubt that audiences will still be discussing it long after the show is over.”

The show revolves around accusations against a popular young priest (Schmidt) made by the strict nun (Lankford) who is principal of the school. Frost was quick to point out that there is “absolutely no bad language or questionable action onstage, but the play probably should be rated PG-13 because of the challenging and mature subject matter.”

In addition to winning a Tony Award and a Pulitzer Prize for drama, “Doubt” was also made into a successful movie starring Meryl Streep, Phillip Seymour Hoffman and Amy Adams.

SALEM — Visiting Angels announced that it has received both the 2020 Best of Home Care — Provider of Choice ...

West Branch BOE to meet Thursday BELOIT— The West Branch school board will hold its regular meeting at 6 p.m. ...