ROOTSTOWN – Northeast Ohio Medical University celebrated the accomplishments of its graduates in a special virtual ceremony on May 2. The University honored its newest physicians, pharmacists, medical researchers and other professionals who earned degrees as part of the University’s 40th graduating class.

The live feed will paired pre-recorded components of a traditional-looking ceremony with live participation of students via Zoom. Members of NEOMED’s Colleges of Medicine, Pharmacy and Graduate Studies interacted in real-time and celebrated as their names are called for their degree conferrals all from the comfort of their homes with family and loved ones.

SLIPPERY ROCK – Slippery Rock University has announced its dean’s list for the spring 2020 semester. The dean’s list consists of SRU undergraduate students who earned an adjusted semester grade-point average of 3.5 or higher, based on a schedule of at least 12 newly attempted and earned credits. Area students on the dean’s list include Lydia Baird of Salem and Avery Oates from East Palestine.

BEXLEY, Ohio – Jillian Ochsendorf of Alliance and Brendan Stinson of Alliance were named to the President’s List at Capital University for the spring 2020 semester.

MARIETTA– Austin Rutecki of Lisbon was among more than 175 students who were conferred degrees during Marietta College’s virtual commencement ceremony on Sunday, May 3.

Rutecki completed requirements for a Bachelor’s of Arts degree in Communication Studies. Rutecki is a graduate of David Anderson High School.

Friends, family members and former neighbors of Hilda Beck are invited to help her to celebrate her 101st birthday ...

LISBON— The Medication Assistance Program will be available from 10 a.m. to noon Aug. 5 at the United Methodist ... 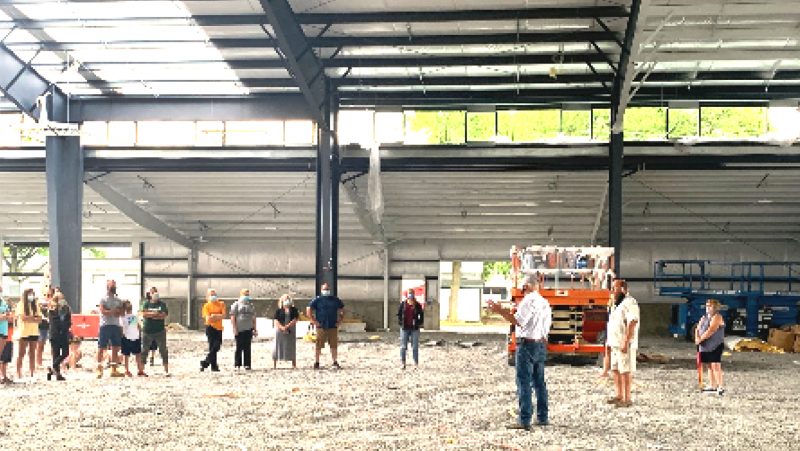