LISBON — Kaleb D. Brown, 19, Columbia Street, Leetonia, waived his right to a preliminary hearing in County Municipal Court for charges of burglary and receiving stolen property. He was bound over to the Common Pleas Court grand jury. Brown is accused of entering the home of Kevin McCormick, Main Street, Columbiana without permission on July 24 and having a pair of Nike Air Monarch shoes taken from that home on July 22.

James W. Andrews Jr., 28, Park Avenue, East Palestine, was sentenced to 10 days in jail, fined $1,800, had his license suspended for two years and required 60 hours community service for two counts of OVI first offense and one count each of failure to control, driving under suspension and speeding.

Daniel S. Capalingo, 19, Market Street, Salineville, was credited with 16 days served in jail, sentenced to an additional 14 days in jail, fined $250 and required 40 hours community service for obstructing official business for telling police a runaway girl was not the person they were looking for on July 16.

An Aug. 15 pretrial was set for Mark A. Conroy, 50, East Third Street, Salem, cited with criminal mischief for allegedly attempting to get into vehicles and sitting under a tree intoxicated in an East State Street parking lot on June 8.

Logan Scott Daugherty, 24, Butcher Road, Leetonia, was fined $100 for possession of marijuana paraphernalia for a pipe.

An obstructing official business citation against Dorian T. Lowery, 43, Hawkins Road, New Waterford, was dismissed. Lowery had been accused of refusing to cooperate with East Palestine police asking for his name or identification at the Swift Mart in Unity Township on July 20. 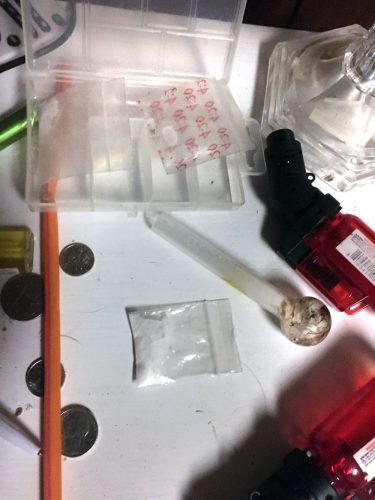