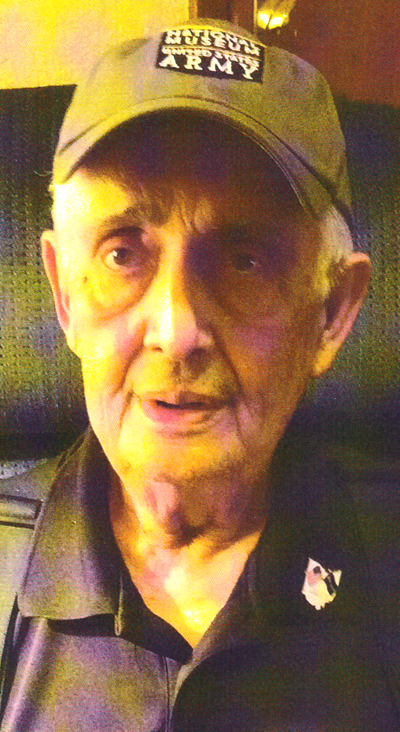 Has was a graduate of Salem High School where he participated in the Thespians and lettered in football. He was proud of having played on the 1948 County Championship Football team.

He attended Findlay College for two years and then completed his Funeral Directors’ requirements at Cleveland School of Mortuary Science. He worked at several funeral homes in northeast Ohio, finished his BS Degree at Kent State, and then worked for Wyeth Drug Company as a pharmaceutical salesman for 37 years.

He married Eleanor Ann Stephenson on June 16, 1956. She preceded him in death on July 28, 2009. Ken is survived by two sons, Eric E. Schrom (Renee) of Southport, N.C., and Karl F. Schrom (Shelby) of Salem; and five grandchildren, Josh, Joe and Emily of Southport, N.C., Kyle Schrom of Los Angeles and Erin Schrom of Akron. There are also four great-grandchildren, Madison and Sadie of Southport and Kyla and Rian of Akron. He is also survived by his sister, Pat Schrom Roemer (Jim) of Findlay, Ohio, and two nieces.

Ken was a U.S. Army veteran of the Korean War, a member of Holy Trinity Lutheran Church where he had served on council and property team, the Masonic Lodge, and the Elks. He also served on the Salem Park Board for many years.

Ken had a great love for the outdoors and enjoyed hunting at his cabin in Tidioute, Pa. He and Eleanor spent many weekends watching and feeding the wildlife. He also had a special love for his dogs. Anyone who knew Ken was aware that he could be very gruff at times, but underneath that facade, he had a very soft side.

Funeral Services will be held at 2 p.m. on Oct. 12, 2019 at Arbaugh-Pearce-Greenisen & Sons Funeral Home, with Pastor Aimee Raymond officiating. Visitation will be held from noon to 2 p.m. The burial will be held at Highland Memorial Park on Monday, Oct. 14.

Military honors will be offered by the Salem Honor Guard.

Memorials may be made to the Holy Trinity Lutheran Church, 1089 E. State St., Salem, the Salem High School Alumni Association, or the Humane Society in his memory.

Services were entrusted to the care of the Arbaugh-Pearce-Greenisen & Sons Funeral and Cremation Services, Salem, Ohio.

You may view the obituary and sign the guestbook at www.apgreenisenfh.com

Hearing due on Salem’s RITA issue