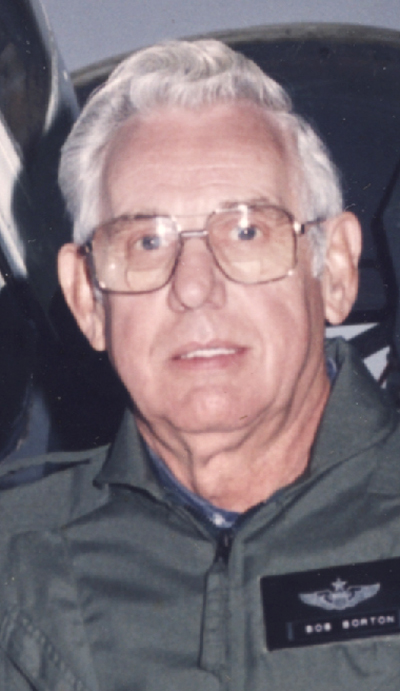 Robert was a retired military veteran. He graduated from Salem High School in June 1949 and entered the Army the same month. He served for three years, one month, 23 days serving in Okinawa and Korea during the Korean War. Robert was discharged on Aug. 22, 1952. He re-enlisted in the U.S. Air Force in August 1957 where he served for 25 years, three months, 21 days, retiring as a Chief Master Sergeant in 1983. During his tour of duty, he received four meritorious service medals, three commendation medals and many other medals, ribbons and commendations. He received an Associate degree in Applied Science through the Community College of the Air Force. During his career, he served in the United States and many foreign countries. After the Air Force, he served as an Air Force Civil Servant (GS-11) for 10 years, retiring June 30, 1994.

In retirement, he enjoyed playing golf and working out at the gym as long as he could.

Besides his parents, his wife, Charleann Borton, and his sister, Gladys Chappel, also preceded him in death.

A funeral service will be held at 1 p.m. Saturday, Oct. 12, 2019 at Stark Memorial with the Rev. Terry Kirsch officiating. Calling hours will be held from noon to 1 p.m. Saturday at the funeral home. Burial will be at Hope Cemetery next to his wife and parents in full military uniform with his medals and ribbons and full military honors rendered by the Salem Honor Guard.

The family gives special “thanks” to Salem Visiting Angels and Hospice of the Valley for their compassionate care in keeping him at home during his illness.

Robert’s obituary may be viewed and condolences sent online at www.starkmemorial.com.