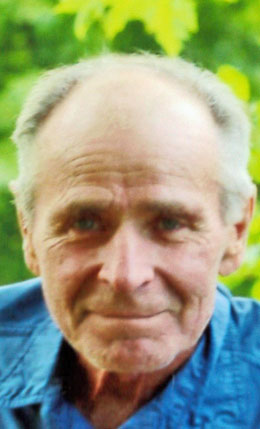 COLUMBIANA–George A. Siembida, 64, of Columbiana passed away on Nov. 24, 2019 at home surrounded by his family after a courageous two-year battle with cancer.

George was born Dec. 7, 1954 in Youngstown, a son of the late Michael and Sophie Lyda Siembida. He was the eighth born of 11 children.

George graduated from Springfield Local in 1973 and married his wife of 44 years, Gail Mihalcak, in 1975. George took great pride in all of his work from the smallest detail to the largest project and often stated he got his high from a good day’s work. He worked 30 years for Witmer’s Inc. spending most of those years as a foreman. George “retired” to self-employment working construction until his illness forced him to take a break. He was very proud of building a home for his family, and was skilled in many trades. He exemplified integrity and character by always doing his best for everyone, and was often the first person called for any question on construction.

George’s passion was the outdoors, whether camping, hunting or just being in the woods. He traveled the world for hunting, going on an African Safari with his wife and son Kevin as well as multiple trips with family throughout North America.

George asked to be remembered for his 18 years of involvement in Scouting. He volunteered for Girl Scouts and later became Den Leader and Assistant Scout Master in Cub Scouts and Boy Scouts. One of his fondest memories was taking a group of Scouts backpacking to Philmont Scout Ranch in 1999. He later continued his role as a volunteer for his grandchildren.

George was a devout Catholic and a member of Our Lady of Lourdes-East Palestine and St. Jude’s Church in Columbiana. Through the years he volunteered at his church on the Renew committee, at fish fry dinners and remodeling projects.

George is survived by his wife; his daughter, Crystal (Josh) Boggs of Columbiana; two sons, David of Leetonia and Kevin of Leetonia; as well as his grandchildren, Elizabeth, Peyton and Atticus. He also leaves behind a special little girl Ziva who always called him grandpa, as well Gavin, a young man for whom he cared about and spent time with hunting.

George is survived by siblings Frank of Lisbon, Tadziu of Leetonia, John of Poland, Mary McCarty of Lisbon, Carl (Carol) of North Jackson, Carol of Lisbon, Tom (Kathy) of Leetonia, Margie (Richard) Witmer of Columbiana, Marty (Jennifer) of Warren and his sister-in-law Marianne of Columbiana. George wanted everyone to know how proud he was of all his nieces and nephews who in turn loved and respected him immensely as well.

Besides his parents, George was preceded in death by his oldest brother Michael and his brother-in-law Bob McCarty.

A funeral mass will be held at 11 a.m. on Saturday, Nov. 30, 2019 at St. Jude Roman Catholic Church, Columbiana with Father Christopher Cicero officiating. Eulogies will begin at 10:30 a.m. at the church, prior to the mass.

Those wishing to make a memorial offering in George’s name can do so through his favorite charity The Rescue Mission. The family would like to thank everyone who cared for him and a special thank you to Hospice of the Valley.