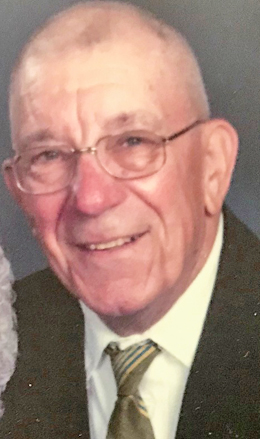 SEBRING–George M. Priselac, 89, of Sebring passed away on Wednesday, Nov. 6 at Salem Regional Medical Center. George was born in Alliance on April 19, 1930, the son of the late Joseph and Kathryn (Yagusich) Priselac. He was a veteran of the U.S. Air Force and the owner/operator of the former George’s Inn in West Virginia; a butcher and welder. Mr. Priselac was a member of St. Ann Catholic Church in Sebring.

Survivors include his children, Catherine Ludwig of Beloit, Barbara Egnor of Sebring, George (Janet) Priselac of Elizabeth, W.Va., and Robert (Beth) Priselac of Arizona. He is also survived by seven grandchildren, 10 great-grandchildren, two great-great-grandchildren and six siblings, Margaret Beardsley, Barbara Scovil, Mary Jean Binion, John Priselac, Albert Priselac and Edie Priselac. Besides his parents he was preceded in death by his wife Iwana (Pierson), in 2012; and a daughter, Theresa Ann, in 1961.

Memorial contributions can be made in George’s honor to Community Hospice 2341 E State St Suite B, Salem, OH 44460. Friends and family may send condolences and sign the guest register online at www.grfuneralhome.com.

Arrangements were in entrusted to Gednetz-Ruzek-Brown Funeral Home, Sebring (330) 938-2526.