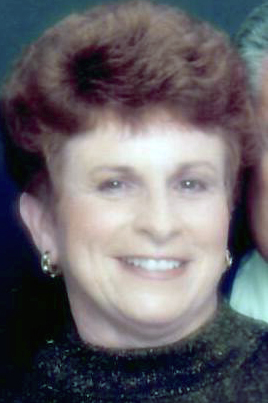 Born August 13, 1936 in Lisbon, she was the daughter of the late Earl D. and Isabelle (Rogers) Richardson.

A 1954 graduate of David Anderson High School, she graduated from the Hannah Mullins School of Nursing in 1957 with her R.N. degree and attended classes at Mount Union and Kent State universities.

She had been employed as a registered nurse at Ohio State University Hospital and as a school nurse at Southern Local Sally was a lifelong member of St. George Catholic Church. She was a charter member and speaker for of Right to Life of Columbiana County and a charter member and counselor for “Lifeline” Pregnancy Center and was a former Campfire and 4-H leader of the “Bunker Hill Bunch” as well as a Cub Scout den mother.

She taught Catechism at St. George Church and volunteered at the “Hattie Harlham Foundation or Handicapped Children in the 1970’s. She also owned the White Barn craft store North of Lisbon in the 1980’s and was a sales rep and craft designer for “Love Gifts Christian Cards Co. After moving to Florida in the 1980’s, she studied and received interior design certification and established “S.A. Baronzzi Decorating,” doing business in the Marco Island, Naples, and Fort Myers area until 1997.

Survivors include her husband, Atty. Joseph J. Baronzzi, whom she married Sept. 7, 1957; two daughters, Cynthia Dickey of Salem and Celeste Baronzzi of Salem; her sons Joseph E. Baronzzi of Tallahassee, FL, Judge Thomas M. Baronzzi of Lisbon, and Attorney Christopher J. Baronzzi of Columbus; and a brother, Thomas Richardson of New Waterford. There are 11 beloved grandchildren and one on the way and nine great-grandchildren.

She was preceded in death by her sister, Ruth Brinker, and brother, Franklin Richardson.

A Mass of Christian Burial will be held at 1 p.m. Wednesday at St. George Catholic Church celebrated by the Rev. Stephen Wassie. Calling hours are 6-8 p.m. Tuesday and 11:30 a.m.-12:30 p.m. Wednesday at the Weber Funeral Home. Burial will be at Lisbon Cemetery. Memorial contributions may be made to the Sophia Women’s Center, 1830 South Lincoln Ave., Salem, OH 44460. View this obituary and leave condolences at www.weberfh.com.