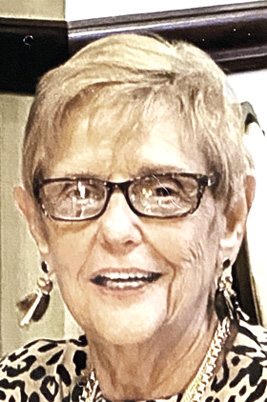 Barbara was born July 30, 1939 in Youngstown, the daughter of Nicholas and Anne (Polovischak) Fortunato. She was a 1957 graduate of Ursuline High School and attended Youngstown State University. Mrs. Gibson was a professional picture framer and the owner operator of the Cardinal Frame Shop and also worked as a social worker for the Mahoning County Welfare Department. Barb was a founder and member of the Board of Directors of the Up and Over Hunters Jumpers Association, served as a 4-H advisor, a member of the American Legion Auxiliary and Professional Picture Framers Association.

She is survived by her husband William K. Gibson whom she married May 11, 1968; a daughter, Allison K.(Michael) Schwartz of Poland; a brother, Alfred (Mary Juliene) Fortunato of Estero, Fla.; and three grandchildren, Erica and Shakar Fareed and Dominic Schwartz.

Besides her parents she was preceded in death by a daughter, Heather Gibson, and a sister, Dolores Paul.

Friends may call from 4 to 7 p.m. Wednesday at the Higgins-Reardon Funeral Homes, Poland Chapel.

The family has requested that material tributes take the form of donations to the donor’s favorite charity in Barb’s memory.

This tribute may be viewed and condolences sent to www.higgins-reardon.com.